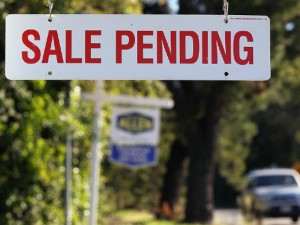 OTTAWA — The number of Canadian homes sold so far this year is slightly higher than projected and it looks as if 2014 will show a rebound, according to a new forecast by the Canadian real estate industry’s main association.

The Canadian Real Estate Association said Monday it still expects fewer sales this year than in 2012 but says the decline will be smaller than what was predicted in March. It also projected that next year will show more sales than in 2013 or 2012.

“Until recently, it seemed that the only debate on Canada’s housing market was whether the landing was going to be of the soft or rough variety. Well, it appears that housing may not be so keen on landing at all at this point,” said BMO Capital Markets chief economist Douglas Porter.

“Sorry to inform you, but “The Great Real Estate Crash of 2011…no…2012…no…2013” has been postponed until 2014, or until further notice. More seriously, we believe housing remains on track for a fabled soft landing.”

CREA says the sales activity began to pick up at the end of the first quarter and accelerated in the second quarter.

The number of transactions dropped off in the second half of 2012 after new mortgage rules for lenders and buyers were introduced by the federal government last summer.

CREA reported there were 51,764 residential properties of all types sold across Canada last month, down 2.6% from May 2012.

On a month-to-month basis, May showed a 3.6% increase from April with 37,792 units and 36,473 units sold on a seasonally adjusted basis in the first two months of the second quarter.

The association’s home price index was up 2.3% in May, compared with a year earlier. That was slightly better than April’s HPI of 2.2% but still near two-year lows.

The May national average price, for all types of property in major markets across Canada, was $388,910 — up 3.7% from a year earlier. Almost all of the local markets that make up the average saw year-to-year increases.