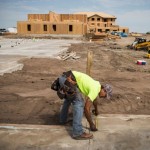 Chain saws and staple guns echo across a US$40-million residential complex under construction in Williston, North Dakota, a few miles from almost-empty camps once filled with oil workers.

Oilsands at a crossroads: How the next chapter of Alberta’s oil future — and Canada’s workhorse — is a big unknown

Handout/Conoco Philips They were a diverse group, about two-dozen of them, a mix of retired oil and gas executives, climate change advocates, former politicians and academics. Some had been in Alberta forever. Others less than a generation. And they had gathered in a living room in northwest Calgary in mid-September because they all felt it: The growing disquiet over the future of the province’s energy industry, and particularly its workhorse, the oilsands.

Continue reading. After struggling to house thousands of migrant roughnecks during the boom, the state faces a new real-estate crisis: The frenzied drilling that made it No. 1 in personal-income growth and job creation for five consecutive years hasn’t lasted long enough to support the oil-fuelled building explosion.

Civic leaders and developers say many new units were already in the pipeline, and they anticipate another influx of workers when oil prices rise again. But for now, hundreds of dwellings approved during the heady days are rising, skeletons of wood and cement surrounded by rolling grasslands, with too few residents who can afford them.

“We are overbuilt,” said Dan Kalil, a commissioner in Williams County in the heart of the Bakken, a 360-million-year-old shale bed, during a break from cutting flax on his farm. “I am concerned about having hundreds of $200-a-month apartments in the future.”

The surge began in 2006, when rising oil prices made widespread hydraulic fracturing economically feasible. The process forces water, sand and chemicals down a well to crack rock and release the crude. Predictions were that fracking would sustain production and a robust tax base for decades.

The camps were supposed to be an interim solution until subdivision and apartment complexes could be built. Civic leaders across the Bakken charged into overdrive, processing hundreds of permits and borrowing tens of millions of dollars to pay for new water and sewer systems. Williston has issued US$226 million of debt since January 2011; about US$144 million is outstanding. Watford City issued US$2.34 million of debt; about US$2.1 million is outstanding.

Construction companies and investors went along for the ride.

I am concerned about having hundreds of $200-a-month apartments in the future “We didn’t build temporary housing on purpose because we viewed North Dakota as a long-term play,” said Israel Weinberger, a principal at Coltown Properties, which invests in multi-family real-estate developments. “We think the local production of oil is here to stay. Yes, prices have dropped, but it’s a commodity and commodities fluctuate. There is always a risk.”

The New York City-based company plans to complete 35 units in Watford City this winter and break ground on another residential project in March, he says.

The Bakken has boomed before. The first strike came in 1953, when thousands of transitory workers poured in. But a global crude-oil glut ended production abruptly in 1984 and the workers fled, leaving many municipalities deeply in debt.

Fracking’s success has created another glut, and crude prices have fallen more than 50 per cent in the past year. Now North Dakota’s white-hot economy is slowing. More than 4,000 workers lost their jobs in the first quarter, according to the state’s Labor Market Information Center. Taxable sales in counties at the centre of the nation’s second-largest oil region dropped as much as 10 per cent in the first quarter from a year earlier, data from the Office of the State Tax Commissioner show.

As the migrant workers leave, their castoffs pile up in scrap yards such as TJ’s Autobody & Salvage outside Alexander, about 25 miles (40 kilometres) south of Williston. More than 400 discarded vehicles crowd its lot, including souped-up pickup trucks and an RV with rotting potatoes and a dead mouse in the sink.

Daniel Acker/Bloomberg Daniel Acker/BloombergA crude oil drill rig stands on the horizon beyond a row of new single wide mobile homes in Williston, North Dakota. “I wake up and RVs are in my driveway,” said owner Tom Novak. “It’s insane; there are empty campers everywhere.”

Cities and counties are rushing to change permitting policies and toughen zoning laws to outlaw or restrict temporary colonies. Commissioners in Williston — the nation’s fastest- growing micropolitan area between July 2010 and July 2013 — voted Sept. 22 to consider requiring facilities that operate a total of 3,517 temporary beds to close by July. The annual per-bed fees Williams County requires camp operators to pay will double to $800 in May.

The goal is to force the remaining oil workers into residences that were on the drawing board when a barrel of oil was selling for twice as much as it is today.

“A lot of our investors would not have gone into this had they not had the understanding that, as permanent units went in, man camps would go away.” said Terry Metzler, North Dakota operations manager for Granite Peak Development LLC, based in Casper, Wyoming. Its many projects in Williston include a new Menards home-improvement store with more than 200,000 square feet and two US$40-million apartment complexes nearby.

Housing experts say this goal may be illusory because oil roughnecks typically return to their home state when a boom is over.

“People who think they can convince these workers to live in apartments or suburban households are not understanding the nature of this economy,” said Bill Caraher, an associate professor at the University of North Dakota in Grand Forks who has studied housing in the oilpatch.

Andrew Burton/Getty Images Andrew Burton/Getty ImagesOil roughnecks typically return to their home state when a boom is over. With the region’s drilling-rig count at a six-year low of 74 and roughnecks coping with cuts in overtime and per-diem pay, the vacancy rates in Williams County man camps are as high as 70 per cent. Meanwhile the average occupancy rate of new units in Williston was 65 per cent in August, even as 1,347 apartments are under construction or have been approved there.

Officials in Watford City about 45 miles away have issued 1,824 permits for apartments, duplexes and homes in the past 18 months after only three houses were built between 1980 and 2000. They are in limbo, worried about filling the units.

“This lag time is driving me nuts,” said Brent Sanford, Watford City’s mayor, during a recent tour of construction sites with names such as Emerald Ridge Estates and Pheasant Ridge. “I’m now hearing words like, ‘This isn’t sustainable.”’

That’s true for Daniel Krohn, who pays US$650 a month for a space in the Rakken Arrow RV Park. A plywood lean-to that blocks the north wind is cobbled onto his mobile home, the only one with a mailbox in the 86-space lot, which is half empty.

Krohn, who installed piping on gravel pads where oil and gas is processed, came to Watford City in 2012 from Wisconsin with his wife, Angela; they had a daughter after the move. Now he’s unemployed and considering moving back home to a house with a US$450 monthly mortgage.

— With assistance from Brian Chappatta in New York.

This one’s for the housing true believers out there.

You’re the buyers who keep pushing house prices higher in cities such as Vancouver, Toronto and Hamilton. Incomes are edging higher in these cities, prices are surging. If you’re primed to buy anyway, then listen up. Stop trying to save a 20-per-cent down payment and get into the market now.

A popular and sensible bit of financial advice is that you should ideally wait to buy a house until you have a down payment of at least 20 per cent and thus are excused from buying mortgage default insurance. But if it takes a few years to save that much, you may find that soaring prices more than offset the savings on mortgage insurance.

This insurance got a little more expensive in some cases this summer, so it’s time for a fresh look at the case for avoiding the cost of buying it.

Background for housing rookies: If you have a down payment of less than 20 per cent, you have to pay a hefty premium to insure your lender in case you default on your payments. The amount is usually added to your mortgage principal, which means it’s out of sight and out of mind. But it still costs you.

With a down payment of less than 10 per cent (5 per cent is the minimum), the cost of mortgage insurance rose in June to 3.6 per cent of the purchase price from 3.15 per cent. Larger down payments short of 20 per cent were unaffected and range from 2.4 per cent down to 1.8 per cent. You’ll pay provincial sales tax on those amounts in Manitoba, Ontario and Quebec. More importantly, you’ll incur extra interest charges by adding these amounts to your mortgage balance.

Let’s use the average resale house price in Canada to illustrate how much mortgage insurance adds to your costs when buying a first home. The average price in August was $433,367 – a calculator from Canada Mortgage and Housing Corp., a supplier of mortgage insurance, shows that a 10-per-cent down payment would trigger a mortgage insurance premium of $9,361. With that amount added to the mortgage, monthly payments on a five-year fixed mortgage at 2.59 per cent would be $1,807 per month.

With a 20-per-cent down payment, monthly costs on this mortgage fall to $1,569. Total interest over the five-year term of the mortgage falls to $41,390 from $47,681, a difference of $6,291. But would it really be worth postponing your purchase by three years to put 20 per cent down? With the market rising at 5 per cent annually (less than recent increases in Vancouver, Toronto and Hamilton), the chart that goes with this column shows you’d actually end up paying more per month.

Mortgage rates also have to figure into your thinking on whether to buy now or wait and save more. If we assume 4 per cent average annual price increases over three years and a rise in mortgage rates of one percentage point, you’d have to pay substantially more than if you bought now and paid for mortgage insurance (see chart).

If you live in a city with a slow real estate market, it pays to wait and save more. If you waited three years to double your down payment to 20 per cent on the average-priced house and prices rose 2 per cent annually, you’d come out ahead by more than $140 per month.

The CAAMP study found that 18 per cent of first-time buyers received gifts or loans from family. A thought for parents who want to help their kids get into the market: Try topping up their down payment to reach the 20 per cent threshold. Warning: Parents should avoid this type of financial help if they have to go into debt to provide it, or if it greases the way for their kids to buy a house they can’t properly afford to carry.

Down payments are one of the least strategized parts of home buying, and yet they can have a big impact on your total long-term cost of owning a house. The conventional wisdom about 20-per-cent down payments is right on the money, but not if you’re set on buying in a hot market. Either jump in now or resolve to wait and save indefinitely for sanity to return.