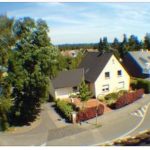 While various quarters have argued that the Canadian real estate sector’s current situation is nothing like the instability that characterized the U.S. housing industry prior to last decade’s crash, a commodities analyst warned that the two markets are more alike—and face more similar risks—than consumers are willing to admit.

In a contribution for Maclean’s, freelance journalist and financial observer Andrew Hepburn expressed bafflement at the chorus of voices (such as Moody’s and other specialists) declaring that the Canadian market will not fall into a U.S.-style recession any time soon.

Hepburn cited figures from the International House Price Database by the Federal Reserve Bank of Dallas, which found that, adjusted for inflation, Canadian home prices as of Q2 2016 are far more inflated compared to prices in the U.S. during the peak of its bubble in 2008.

Another factor that merits consideration is household debt, now at all-time highs in Canada and fuelled by steady sales volumes in the country’s hottest metropolitan markets.

“As with the U.S. bubble, a surge in household indebtedness (principally via mortgages) has provided the fuel to send prices soaring. If we examine U.S. and Canadian household debt-to-GDP ratios, we see that Canada recently exceeded the level reached by American households in the first quarter of 2008,” Hepburn explained.

“Turn on Canadian radio and television these days, or browse the Internet and social media, and you’ll encounter a near-constant barrage of pitches for condos, mortgages (as well as second mortgages) and real estate seminars, promising the secrets of easy real estate riches as taught by self-professed experts,” he added.

Hepburn cautioned that many observers have a misplaced—and dangerous—sense of the Canadian economy’s robustness against global pressures, and that these suppositions should not be taken as gospel truth.

“When the U.S. housing market collapsed, it kneecapped the global economy, and yet Canada emerged largely unscathed, with observers praising the health of Canada’s banks… Now as global growth slows, yet more observers are singing Canada’s praise for its embrace of fiscal stimulus, trade and newcomers, a stark contrast to the presidential candidacy of Donald Trump.”

“Canada better hope all this housing confidence is justified,” the analyst concluded “If there’s one thing the U.S. crash reminded us, it’s that housing bubbles can have very serious and long-lasting consequences—property values crater, mortgages become millstones, consumer spending plummets, and unemployment soars.”

Related Stories:
Vancouver carries the greatest probability of a bubble – study
New rules will push first-time buyers out of the market faster

First of many changes to come? 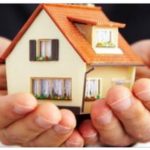 Don’t blame TD for being the first to act, argues one veteran, but do expect further interruption to the industry that will make mortgages more expensive for the consumer.

“Starting in January, banks are going to be required to assign more capital to mortgages. All these banks are going to be pushed in some sort of direction to raise rates because of these capital requirements on the hot marketplaces,” he said. “But this is their first step – [TD was] just putting this out there and praying that the other banks will go.”

Raising rates is a natural reaction to the recent changes, Butler argues, and the lenders shouldn’t be blamed for passing the expense onto customers.

After all, no successful business will just eat the cost and settle for less profit.

“This is the result of the government’s moves. The government is increasing capital requirements in different layers and different levels of the mortgage business. And by doing so, they require banks to raise rates,” Butler said. “Every business passes government regulation change onto the consumer. TD is doing this because they feel they have to; there is a logical reason behind it based on capital requirements and other banks may change or may not.

“My position is this was not a TD thing. It’s not like TD is going to grab more profit off this.” 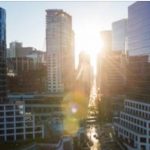 The board says 2,233 properties were sold in October of this year, down from the 3,646 home sales recorded in the same month last year.

Board president Dan Morrison says changing market conditions combined with a series of government interventions in the real estate market contributed to the decline.

Both the B.C. and federal governments have brought in a number of measures to address soaring housing costs, particularly in Vancouver.

In August, the provincial government implemented a 15 per cent tax for foreign nationals buying property in Vancouver in a bid to stabilize the city’s housing prices, which have been among the highest in North America.

Last month, the composite benchmark price for all residential properties in Metro Vancouver was $919,300 _ a 24.8 per cent increase compared to October 2015, but a 0.8 per drop from September of this year.

Canada is world’s fifth most prosperous 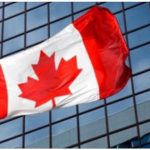 Canada has ranked fifth in a league table of the most prosperous countries but there are some risks which could topple its position.

London-based think tank Legatum Institute ranks New Zealand, Norway, Finland and Switzerland above Canada with Australia just behind and the US in 17th place.

However, health and education are two areas where Canada is slipping, and overall prosperity has been half that of the UK and New Zealand. The report highlights that Canada has fared better than the US.

The report also warns that despite its prosperity Canada is not immune to economic growth failings seen in Latin America, noting that Canada “faces a similar challenge in keeping its prosperity rising, with oil producing provinces likely to be hit in their creation of prosperity by falling oil prices in a way that oil-consuming provinces will not be.”