Sales of existing homes will slide 16% in Alberta this year as a plunge in oil drags down the provincial economy, according to Royal Bank of Canada. 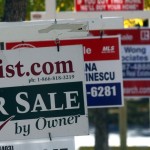 Plunging oil prices have made it almost too difficult to predict what will happen in the Calgary housing market, according to a new real estate forecast.

“Continued uncertainty in the oil market will impact Calgary real estate over $1 million, however, the degree of influence is still unknown. If employment and migration into the city remain at expected levels, sales are expected to remain on pace into early 2015,” said Sotheby’s International Realty Canada in a report on what it calls top-tier housing.

Continue reading. The number of homes changing hands will drop to 60,500 from 71,800 in 2015, according to a forecast Monday from the Toronto-based lender. The bank predicted in a Jan. 15 note Alberta home sales would fall 6.5%. The decline would be the biggest since a 21% drop in 2008.

“We’re in for some kind of a correction in the province,” Robert Hogue, senior economist at Royal Bank said by telephone from Toronto. “Whether this will translate on the pricing side remains to be seen. We’ve seen in the numbers in the past few months a change in psychology in the province.”

Crude oil’s 50% drop since June is already affecting the Alberta housing market. Calgary, its largest city, reported a 25% drop in home sales in December from November, the biggest monthly drop since October 2008.

Saskatchewan is forecast to have the biggest drop in resale house prices this year, with a 3.2% decline to $344,200 projected by Royal Bank, the second-biggest lender by assets in Canada.

Gains of 4.7% in Ontario, and 10.5% in British Columbia, fuelled mostly by lower interest rates, are set to pull housing resales up 1.7% nationwide to 489,500, according to Royal Bank’s forecasts. Royal Bank forecasts all provinces will face declining resales in 2016 while home prices will only gain in Manitoba.