Applying for a fixed-rate mortgage? Why you need to do your homework 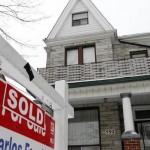 Most people in this position would. But with some lenders, that’s not the way it works.

If you’re going mortgage shopping, take a minute to understand your lender’s rate-drop policy before you send in your application. Too many people don’t and it ends up costing them.

BOOK EXCERPT When it comes to home buying, smaller is better DECODING THE MORTGAGE MARKET Should you get pre-approved for a mortgage? Ten things to know Five-year mortgages holding firm, but just wait The government-backed Canada Mortgage and Housing Corp. is raising its prices for home mortgage insurance. CARRICK TALKS MONEY Video: Carrick Talks Money: Don’t get stuck in the mortgage penalty box Your Personal Investor Dale Jackson looks at the cost of longer amortization periods. VIDEO Video: If you choose lower mortgage payments now, you may regret it later Homeowners may be feeling nervous after the Bank of Canada’s recent talk of changes to interest rates. Canadian Press business reporter Romina Maurino looks at what this could mean for your mortgage. MONEY MONITOR Video: How would an interest-rate hike affect your mortgage? How rate drops normally work Typically, if you’ve been approved for a mortgage and the lender drops its rates before your closing date, the lender will lower your rate as well. Every lender has its own policies, though. For instance:

· Some lenders allow you only one rate drop. Others allow multiple. · Some lenders only permit rate reductions up to seven days before you close. Others give you their best rate right up until your closing date. · Some lenders automatically lower your rate. Others require your banker or mortgage broker to manually request the rate adjustment. In this latter case, you better have a reliable mortgage adviser or keep tabs on rates yourself.

The best-case scenarios are those lenders with “look-back” policies. This means they’ll look back and give you their lowest rate from the time you applied until the time you closed. Those lenders are few and far between but any good broker knows who they are.

How other lenders operate More and more lenders are adding “no-float-down” clauses to their fixed mortgage rates. This is particularly true with certain non-bank lenders.

“No float down” means your rate cannot be adjusted lower if that lender comes out with a better deal. Those lenders make those lower rates available for “new business only.”

Now, you may be thinking, “I’m a good client, why should a new customer get a better rate than me?” The answer, lenders say, is profitability. When you get a fixed mortgage, the company funding your mortgage generally “hedges” that rate, meaning it pays for an expensive form of rate insurance. This ensures the lender doesn’t lose big if rates jump and it has to honour the lower rate it promised you.

If rates fell and the lender didn’t have a “no float-down” clause, it would incur the cost of that rate hedge and have to give all of that rate savings back to you, the customer. But with mortgage competition so fierce and margins so tight, some lenders can’t afford to do that anymore.

I say “other things being equal” because float-down privileges are rarely the deciding factor when choosing a mortgage. A lower upfront rate or better mortgage features can often negate the disadvantage of no-float-down restrictions.

Moreover, the odds of rates dropping decline the closer you are to your closing date.

In case you’re curious, fixed mortgage rates drop from one month to the next about 38 per cent of the time. That’s been the case since 1951 at least, according to Bank of Canada data.

If your mortgage does come with a rate-drop feature, contact your mortgage adviser about 10 days before you’re scheduled to close. Don’t take it for granted that someone will notify you automatically if rates are lowered. Ask if your lender has offered cheaper rates since you applied for your specific term and rate hold period. (Those last three words are important because lenders generally don’t let you have their lowest 30-day “quick close” rate if you originally applied for a 60, 90 or 120-day rate.)

Make it a point to understand your lender’s rate-drop policy. Every tenth of a per cent matters and you never know when interest costs will dip.

There are 300-plus lenders to choose from in this country. If you pick one with a “no-float-down” policy, be sure the rest of the mortgage terms make up for it.

Robert McLister is a mortgage planner at intelliMortgage Inc. and founder of RateSpy.com.