Situation: With their jobs downsized and pay cut, a couple worries their retirement will be spare Solution: Count the pension dollars, estimate what savings can generate, compare to future budget 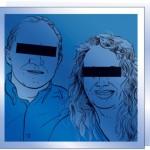 Can a couple who have made their lives in the Armed Forces manage a comfortable retirement given the numerous job cuts, position terminations and salary caps successive governments have imposed?

That’s the dilemma faced by B.C. residents Ed and Jodi, as we’ll call them. A decade and a half ago, Ed left the Armed Forces with a 25-year pension when his trade was eliminated. He returned immediately to work as a civilian doing a similar job at the same base but with a reduced salary. Jodi recently learned that her present full-time job at the base would be cut to half-time in early 2015, reducing her paycheque by half. Ed, 62, has had a full career and does not want to extend his working years as a federal employee much longer. But Jodi, 54, has had her career path and income slashed in what could have been her peak earning years.

“We think these changes are going to affect us severely,” she says. “The question I want to have answered is just how bad it will be. We were expecting to have two incomes for a few more years in order to build our savings. Now we won’t. Are the pensions we have enough to get us through retirement?”

The cut in their combined incomes, which are $9,713 a month (but due to contract in 2015), will echo in what they have for retirement. For now, they save almost $6,000 monthly in their chequing accounts in a desperate rush to bolster their retirement incomes. They have just $223,070 in financial assets, plus two cars that are about a decade and a half old and in need of replacement, and a house fully paid with an estimated market value of $425,000.

Are the pensions we have enough to get us through retirement? The costs of raising two children, now independent adults, and caps on what they could contribute to their own RRSPs mean that Ed and Jodi must rely on their federal pensions. Government pensions are immune to market crashes, indexed to inflation, and the envy and outrage of many who don’t have them. But like all defined-benefit pensions, the capital behind the pensions is not theirs. Unlike RRSP capital, which can be cashed out and used for anything after taxes are paid, Ed and Jodi will remain tethered to their government pensions.

Family Finance asked Graeme Egan, a financial planner and portfolio manager with KCM Wealth Management Inc. in Vancouver, to work with the couple. “We can work this out for them,” he says. “The situation is far from desperate.”

Ed can apply to receive a Canada Pension Plan benefit of $912 a month if he elects to take his benefit at 63. That would be two years before receiving a potential full benefit of about $1,065 a month, based on a reduction of 7.2% per year for each year before 65 for commencement of benefits. After tax, he would have a net benefit of about $775 a month. Thus his total income from age 63 to 65 will be about $5,742 a month after tax.

Putting all their pensions together, they would have about $7,660 a month from Ed’s age 63 to 65. At 65, his bridge pensions, a total of $733 a month, will end, but his Old Age Security will begin at $564 a month. Their after-tax monthly income would then be about $7,500, more than enough to support estimated living expenses of $4,500 a month, which includes a generous $1,200-a-month travel allowance.

The couple will not need to start making RRSP withdrawals until Ed is in his 72nd year. He can use Jodi’s younger age to set the payout rate, cutting the distribution by about 4% a year and preserving capital. If Jodi rolls her severance package into her RRSP and maintains contributions of $1,200 a year, the two plans (his and hers) would have $147,370 growing at an assumed rate of 4% after inflation.

Assuming that Jodi works eight more years, that both plans use Jodi’s lower age for RRIF distributions, and that payments begin when Ed is 71 (in eight years), the plans would have $213,000 and be able to support $8,520 pre-tax annual payments at the same 4% growth rate indefinitely. On this basis, and again assuming 15% average tax, they would have $600 a month to add to their total income, making total after-tax family income about $8,580 a month, Mr. Egan estimates.

Jodi and Ed can raise their retirement income even more. First move: top up TFSAs with available cash and invest the TFSAs as part of a long-term investment strategy.

Then, address the management fees they are paying.

At present, they use segregated funds for their registered investments. Those funds have creditor protection and guarantees of minimum payouts of not less than 80% of original contributions after 10 years. They also have guaranteed investment certificates. The couple has, in effect, bulletproof investments, but at a high cost. Segregated fund management fees typically add 0.75% to mutual fund management expenses. GICs offer government-guaranteed deposit insurance at the cost of years of illiquidity. Given that 90% of their retirement income will come from government pensions, they have an excessive level of security they really do not need. They can skip the segregated funds and buy low-cost mutual funds or exchange-traded funds and increase their pre-tax income from their RRSPs and TFSAs, the planner suggests.

After directing $50,000 to their TFSAs from their cash holding, Jodi and Ed will have perhaps $40,000 left in cash. They can use some of that money for new cars, for travel or for indulging their grandchildren.

“As long as they don’t spend beyond their means, they can have a comfortable and secure retirement,” Mr. Egan concludes.