Bad news for borrowers: The economy could improve this year

Indebted people aren’t going to like the return to stronger economic growth. 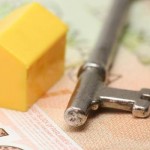 f recent years. If you owe a lot, plan now for higher rates to avoid nasty surprises ahead.

The decline of oil prices adds some uncertainty to Canada’s economic outlook, but there are some things working in our favour. A lower dollar makes our exports more attractive to foreign buyers and could reinvigorate our manufacturing sector. Another plus is the revival of growth in the United States, our largest trading partner.

This economic outlook is presented not specifically to warn of an interest rate increase in 2015, but rather to encourage people to start analyzing what their finances will look like in a higher rate world, whenever it comes. Seniors and others looking for safe but competitive returns will benefit from at least somewhat higher returns on high-interest savings accounts, guaranteed investment certificates and bonds. Borrowers, particularly those who recently took on big mortgages, will be squeezed.

Let’s use the example of someone who will have a $350,000 mortgage balance when her 3-per-cent, five-year mortgage comes up for renewal at the end of this year. At that same interest rate, the monthly payments on renewal are $1,938 (a 20-year amortization is assumed). Bump up the rate on renewal to 3.5 per cent and the payments rise to $2,025, or an extra $87 a month.

A return to economic prosperity should mean higher pay increases. Wage indicators have shown gains below 2 per cent recently, but let’s be optimistic and say 3-per-cent pay hikes are coming. If the borrower in our example makes $70,000 after tax, she’d be taking home an extra $175 a month. That’s enough to cover higher mortgage payments and still have lots left over.

Bigger mortgage rate increases would eat the extra money right up, though. If that $350,000 mortgage balance is renewed for a new five-year term at 4 per cent, the monthly payment rises to $2,115. That’s an extra $177, enough to consume the entire pay increase.

Forecasters have been striking out for years in trying to predict when rates would rise from the historic lows reached in the financial crisis six years ago. But let’s look at some rate projections, anyway. At very least, they’ll give us a sense of the magnitude of possible rate increases ahead.

A quick sampling of bank forecasts: CIBC World Markets sees the Bank of Canada’s benchmark overnight rate rising to 1.25 per cent later this year from the current level of 1 per cent, and to 1.5 per cent in 2016; BMO Capital Markets and TD Economics differ on timing, but both see the overnight rate at double its current level by late 2016; RBC Economics forecasts an increase of half a point in the second half of this year and a hefty further rise to 2.75 per cent by the end of 2016.

In addition to mortgages, rising rates would make it more expensive to carry a balance on lines of credit and loans that do not have a fixed rate. Let’s say our mortgage borrower also has a $20,000 home-equity line of credit balance. A typical rate for this type of borrowing would be 3.5 per cent, which means interest per month of $58. A half-point increase in rates brings the minimum interest-only payment per month to almost $67 a month; a full point would bring the cost to $75.

Now, our borrower is up to an extra $252 a month with rates moving up a full point. She’d need a pay increase of close to 4.5 per cent just to break even. But if pay hikes of that size become the norm, you can bet the Bank of Canada will be cranking rates up even higher to contain inflation.

A stronger economy would be good in a lot of ways, including more and better jobs, better returns on saving and more corporate and personal income tax revenue for government. But an economic rebound is bad for borrowers. Find out just how bad now, while you have a chance to prepare.

How rising prosperity is bad for borrowers

Stronger economic growth means rising interest rates, which may increase costs for borrowers beyond any pay increases they get. Here’s an example: