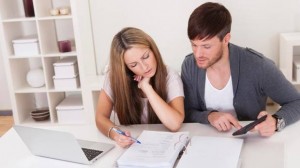 If you want break from your mortgage early then you obviously want to know what your lender will be charging you for “break fees.”

Although this new requirement makes the process more convenient for borrowers, one problem which has emerged is that the quote you receive from a bank lending representative and what is displayed by the calculator shows can have a significant discrepancy. The quote provided by the rep versus the calculator can contain anything from a minor to a major difference.

Back in September of 2012, the FCAC (Financial Consumer Agency of Canada) required that all banks would now have to provide penalty calculators along with a description of the formula used on their website.

The purpose was that consumers would know how much they could expect to pay when it cam to deciding whether to refinance or renew their mortgage. The most popular mortgage in Canada is the 5 year fixed mortgage and almost half of the people who opt for this mortgage alter it before the term ends.

And, many of those who do refinance or decide to renew their mortgage early have to pay what is called a “prepayment charge” or penalty to do so.

Anyone who wants to consider this route also wants to know the mortgage break penalty prior to refinancing because a very expensive penalty can make refinancing too costly.

The idea of requiring penalty calculators was meant to empower the borrower so they could estimate their penalty before making their decision but some problems have emerged with these calculators.

The biggest problem that has emerged is one of accuracy. In one instant there was one consumer who obtained an online penalty quote from a calculator that was just slightly more than $1,000 than what they received in writing from the bank rep.

When the bank was asked about the discrepancy, they claimed they didn’t want the customer to be unpleasantly surprised. They also pointed out that Penalty Disclosure requirements outlined by the Feds specifically requires that the calculator estimate should be higher than the actual penalty.

To be fair, most discrepancies that you find between the bank reps and the calculators are relatively small, but this is not always the case. There are no FCAC guidelines that stipulate how close the discrepancies between the estimate and the actual penalty should be.

Some calculators Are Confusing

Another problem with these online calculators is that they require information which is obscure and leave people as being uncertain about what they should input. Some of these banks make your search around their site time consuming as you have to search their sites for data which could have been automatically input for you.

Some of the data required can lead to the input of incorrect data which could result in costly mistakes.

Who Has the Best and Worst Calculators?

The most user friendly calculator is found at ING bank. One of the most unfriendly user calculators is found at HSBC which requires looking up much more detailed information than calculators found at other online bank sites.

Although calculators are a convenient tool, you should not consider the results as being entirely accurate. If you make a simple input error, the mistake could mean thousands of dollars. So, use the calculator as a tool but you should always call the bank to get a quote from one of their reps so you don’t end up unpleasantly surprised.