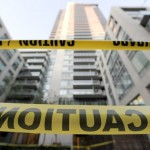 The Bank of Canada singled out Toronto’s condo market in its report on risks facing the country’s economy and financial system Thursday.

The central bank said in its Financial System Review that though Canada’s housing market was broadly in line with demand, the level of condo building was significantly above historical averages. 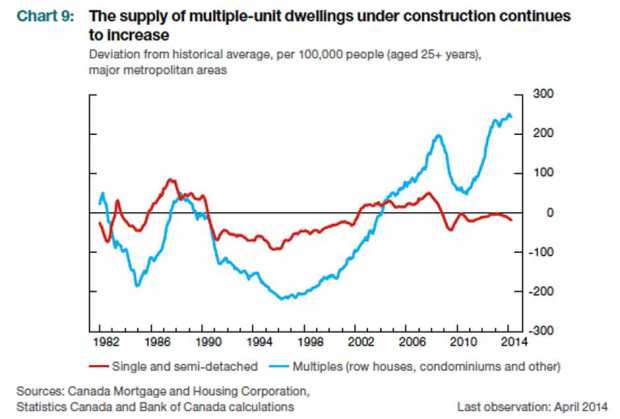 “While some of this increase can be explained by demographics, shifting preferences toward living in the city core, and raising commuting costs, the substantial increase in construction over the past 15 years has raised questions about its sustainability,” the bank wrote.

The bank highlights the Toronto condo market of particular concern because of the widening gap between the growing supply and dwindling demand. 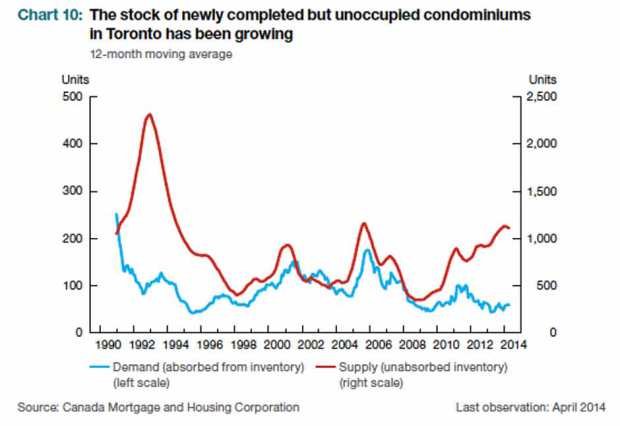 The Bank said the number of unsold condos in the pre-construction stage also remains high. And prices for new units, at all stages of construction, have remained flat despite stronger sales so far in 2014. 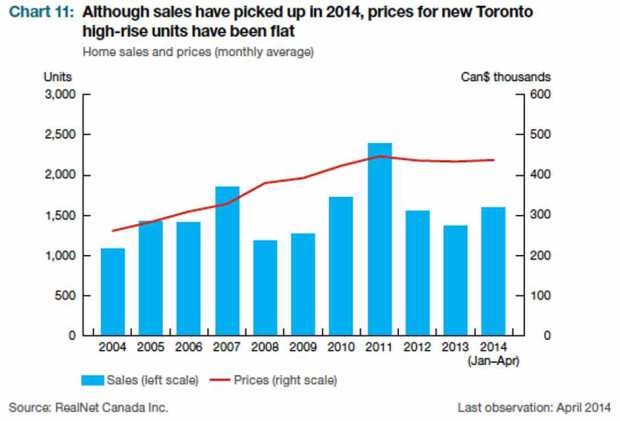 The Bank worries that a correction in this “important market” could spill into the broader housing market, bringing down prices and sales.