Bankruptcies down, but more Canadians negotiating way out of debt: report

An increase in the number of Canadians negotiating their way out of debt troubles is changing the composition of Canadian insolvency figures. 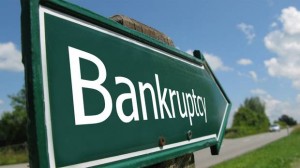 The number of bankruptcies in Canada has fallen back to pre-recession levels, according to a CIBC report released Monday, to 4 insolvencies per 1,000 of the adult population from an all-time high reached during the recession of 6 per 1,000. But the number of Canadians striking consumer proposals (when a consumer negotiates to repay only a portion of his/her debt) has grown to 40 per cent of total insolvency cases from about 15 per cent in 2006 – an increase that underscores a major shift in how Canadians are avoiding the bankruptcy route.

“I think that one should not just look at bankruptcy as many people do, and say ‘OK, bankruptcies are going down’ but look at the other component of insolvencies which is becoming more and more important now,” said Benjamin Tal, deputy chief economist at CIBC World Markets Inc. and the report’s author. “Before it was not really an issue because proposals were very small, but currently, proposals actually make up 40 per cent and in Ontario 50 per cent of total insolvencies, so they’re big enough to make a difference.”

Following a change in regulation in 2008 which saw the Bankruptcy Insolvency Act modified to increase the limit to $250,000 from $75,000 in non-mortgage debt allowable for a proposal, the rate of proposals has risen rapidly from about 15 per cent of all insolvencies in 2006.

Ontario leads the provinces in the share of proposals in total insolvencies with a higher than 50 per cent share.

A lag between changes in insolvencies and labour market performance, including a slowing of the labour market to a pace not seen since the recession, likely means that the insolvency rate will stabilize at its current level or even start edging higher in the coming year or so, said Mr. Tal.