Where are the Best Buys for Homes in the City of Vancouver? – Consult with Bruce Coleman, Mortgage Broker Vancouver

Where are the Best Buys for Homes in the City of Vancouver? 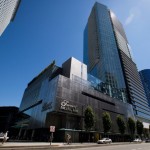 Vancouver real estate is still a hot market for both detached homes and condos. It’s becoming harder and harder to find neighbourhoods which are seeing a revitalization which helps improve the value of homes in those areas.

While doing a little research, it was discovered that Moneysense.ca had approached and contacted a number of local realtors to find out which areas of Vancouver might see an increase in value and where you still might uncover an undervalued gem that might be just right for you and your budget.

Even though the following areas offer some promise for those who want to enter the market or who are looking for a good buy, it doesn’t mean that home prices will continue to rise. Like any investment, you want to be cautious because what is true now may not necessarily be the case three years down the road.

The economy could tank into another recession again or a planned development in a particular neighbourhood may not proceed, or some other variable pop up and damper the local real estate market.

Currently, things appear to have relatively bright economic outlook in the city. The unemployment rate nationally is at around 7% while in Vancouver it stands at around 4.5% which is much better than the national average.

What Are the Potential Real Estate Hot Spots in Vancouver?

Some of the communities in Greater Vancouver which show that they will likely continue to grow in value area are:

The 4 neighbourhoods which show the biggest potential and which some of the local experts feel are most likely to grow are allocated in the greater Vancouver area and include:

Although homes which are located west of Ontario St range average over $1.3 million dollars, the neighbourhood is expected to have room further room for price increases because it has close proximity to the SkyTrain’s Canada Line. You can get to the downtown area fairly easily no matter your mode of preferred transportation. It is also a stylish and eclectic neighbourhood because of the interesting and varied shops and a popular location for many local artists.

This neighbourhood has several advantages. The main advanatge being is that homes located on the east side of Ontario Street are generally almost between 20 – 30 percent cheaper than those on the west side and the average price range of a home in this location is around $800,000.

Main is a residential area which is typically situated several blocks both east and west of Main Street itself. Homes located on the east side of the strip generally sell for between $300,000 to $400,000 less than their counterpart homes on the west side. There are also other advantages such as the abundance of good schools and plenty of local shops and eateries.

This is an older area which means the homes are older and some may require renovations. However, you can get the advantage of being able to access the beach and not have to pay home prices that you would pay for houses located in Kitsilano or Point Grey. Homes in this area are typically as much as 36% cheaper than what other homes are going for and located west of that area.

If you’re willing to look there are still some potential great buys available in Greater Vancouver but it always helps to consult and use the services of an experience real estate agent who knows and understands the market.