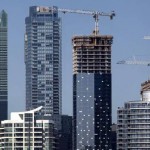 The math of home ownership simply doesn’t work for some young people.

Take a young man we’ll call Neil, for example. He’s a single, 31-year-old journalist in Toronto who makes a middling five-figure salary, rents a cheap apartment in a nice part of town and has $20,000 parked in a bank account. Should Neil buy a house?

He certainly doesn’t think he’s in a position to do so in a city where the average home goes for almost $534,000. “Home ownership – fine, condo ownership – is not on my radar,” he wrote in an e-mail in which he sought help in deciding what to do with his $20,000. “How can it be?”

Let’s understand something about the housing market and the economy. Incomes, particularly for people trying to get into the workforce or establish their careers, are not rising anywhere near fast enough to keep up with housing prices. As a result, we are heading toward a generational split in housing affordability. If you’re already in the market, you’re good. If you’re young and just starting out, you might well question the financial commitment required.

A few weeks back, I wrote a column about a man who was balking at moving his young family from a small condo to a house because of the massive mortgage debt he’d need to take on (read that column here). Neil sees a home as not only a giant debt, but also a disruption of a lifestyle in which he’s achieved a good balance of saving and spending.

While living debt-free, he’s managed to save that $20,000 and taken trips to Antigua and New Orleans. “I don’t live extravagantly and I don’t live beyond my means – I think the fact that I have no debt shows that. Also, I’m able to save right now. My fear is that if I were to buy right now, that ability is gone.”

Standard guidance for someone in Neil’s position would be to put his $20,000 toward a home down payment. This would be based on the usual reasoning about homes being an investment, a forced savings plan and a much better use of money than paying rent.

All of this was true five years ago, when houses were more affordable. Now, it’s time to stop foisting this advice on young people like Neil. He’s better off renting.

For one thing, he’s in a great rental situation. He pays $1,000 per month for a spacious one-bedroom apartment, including parking. The apartment is located above street-level retail in midtown Toronto. Neil has checked out condos in his neighbourhood and he thinks he could get a one-bedroom unit smaller than his apartment for about $350,000.

A 5-per-cent down payment on that condo would be $17,500, which would leave some of his $20,000 to help cover closing costs and moving. With a five-year mortgage at 3.5 per cent, his monthly payments would be $1,724. Add a few hundred dollars per month in condo fees and you end up at double the fixed monthly costs of renting.

Let’s assume Neil would qualify for a mortgage. If he went ahead and bought, he’d be giving up both financial flexibility and mobility. In a tight job market, being able to relocate to another city without the hassle of selling a house is a huge advantage.

It’s settled, then. Neil’s $20,000 shouldn’t be his ticket into the condo market. But what should he do with the money? Readers are invited to offer their ideas on my Facebook personal finance page. My suggestion: Invest the money conservatively in a tax-free savings account and review things five years from now (read here about why I prefer TFSAs over RRSPs as a way to save for a house down payment).

Why five years? That’s a good span of time for Neil to assess where he’s at in his life. If his income has soared, or if he’s married or co-habiting, he may be able to carry a mortgage comfortably. Having kids may also influence his thinking. Some parents will always prefer a house, but it’s not hard to imagine a lot more kids being raised in high-rise condos and apartments in expensive real estate markets like Toronto.

Neil may also decide that the renter’s life suits him fine. By investing his $20,000 and adding to it regularly, he’ll be building wealth in a similar way to the homeowner who gradually pays off his mortgage.

Don’t pity the young adults like Neil who can’t or won’t be able to afford a house. Fact is, they may be the most rational players in our never-say-die housing market right now.

Young Adults and the Housing Market

Can a single young adult afford a condo in Toronto? Let’s see how the numbers shake out.