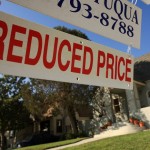 Forget about lining up to buy a flat screen television, Black Friday may be all about mortgage rates this year.

Thanksgiving in the U.S. is a tough day to find a broker but an Atlanta-based mortgage organization says Americans who can find someone working can get the best deal in months – something that can be chalked up to a lack of trading in bonds.

Getting into the holiday spirit, a Canadian mortgage broker say he has secured funding from a major credit union to offer a one-day special on a five-year fixed-rate mortgage for a record low 2.59%. On the variable side, the 24-hour special takes rates to 2.05%, which is just above the 2% rate that was offered by Investors Group in the spring which sent the market into a frenzy.

Related Pay off your mortgage or invest? How to figure out what’s best for you Great news coming if you’re renewing a mortgage, you’re about to save money ‘I did mess up’: Even the experts admit mistakes on picking a mortgage So-called “sales” in the mortgage market may not be that unusual, they pop up every spring, but this would be the first for Black Friday — a time when the housing market slows down as we head into the Christmas season.

Gibran Nicholas, chief executive of CMPS Institute, which certifies mortgage planning specialists in the U.S., says the lack of liquidity in the market because of the holidays can mean dramatic swings in bond prices, which mortgages rates are based on. Prices have risen, dropping yields, creating an opportunity for consumers.

“There have only been two days in the last 18 months where mortgage rates have been as low as they are now,” said Mr. Nicholas. “The problem is even if you can get a mortgage broker on the phone, they might be on vacation. It’s an important story because if you can get your banker on the phone, even though it’s the furthest thing on your mind because you want to spend time with your family, now might be the perfect time to lock in your rate.”

Rob McLister, editor of Canadian Mortgage Trends, said there are times of the year where lenders are willing to offer better deals. Usually those sales happen to kick off the busy spring season, which in the past has seen Bank of Montreal unleash on the market a 2.99% deal on a five-year mortgage. That rate has twice helped set off a rate war among the major banks.

“Mortgage sales happen all the time but they are typically called specials,” said Mr. McLister. “There are usually no shortage of promotions.”

Mr. McLister, who is also a broker and runs ratespy.com, is upping the ante and is introducing the five-year fixed rate mortgage of 2.59% which he maintains ties the all-time record for lowest rate for that term.

He says DUCA, an Ontario credit union has agreed to finance the 2.59% special, but he won’t say who is providing him funding for his five-year variable rate product which is 95 basis points off of prime. He is only offering both deals on Black Friday and then the sale is over.

“I can’t say who the later [variable rate] is being funded by or I’ll be cut off by them. They have other [clients they fund],” says Mr. McLister.

Getting a deal on a mortgage is only one element of making sure you get a good rate. The other is guessing which way rates are headed. A good deal doesn’t mean much if rates are double where they are today, something to keep in mind in the wake of the Organization for Economic Co-operation and Development calling this week for the Bank of Canada to raise rates next May.

“Deals are based on how narrow a profit margin lenders are willing to accept,” said Benjamin Tal, deputy chief economist with CIBC. “The deals happen when demand is strongest and the competition is hot. Banks use the mortgage market to attract customers.”

Jim Murphy, chief executive of the Canadian Association of Accredited Mortgage Professionals, said there’s almost a sale on mortgages every day in the market.

“Nobody pays posted rates,” said Mr. Murphy, who agrees it’s like stores that offer 20%-to-30% off. “There is something every day. To me it seems like a stretch that there will be Black Friday sales [on mortgages] but you never know.”