Breaking a closed mortgage can be costly: Ask a Vancouver Mortgage Broker

You can get a low mortgage rate by signing up for a five-year term. But you could be penalized for an early exit if your plans change. 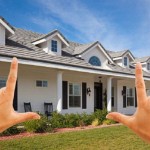 Brian Hyytiainen bought a house and took out a five-year mortgage in 2011. Things have changed in his life, forcing him to put the house up for sale.

“I’m unable to continue to afford the house on my own,” he says. “I’d heard there would be a prepayment fee, but I had no idea the bank would take advantage of an already difficult situation and charge $13,000.”

He was dealing with RBC, Canada’s largest bank, which charged him an interest rate of 3.79 per cent. That was what he saw on the first page of his mortgage agreement.

Only on the third page – in fine print – did he find out that he had received a rate discount of 1.55 per cent.

“Pretty sneaky if you ask me,” he says. “Everyone is given a rate discount. No one would take a closed mortgage at five per cent when rates have been lower for several years.”

Hyytiainen learned how much the inflated rate hurt him after speaking to a client care manager at the branch.

“We calculated the breakage without a discount and it was about $5,000, which is much more reasonable. I tried to challenge the amount.”

RBC client care said there was nothing that could be done. Though he was selling the house because of financial setbacks, he still had to pay the $13,000 penalty when his deal closed.

His appeal to the RBC ombudsman didn’t help. He then filed a complaint with ADR Chambers Banking Ombuds Office (ADRBO), which reviews decisions of participating banks when customers are dissatisfied.

“This has been a frustrating situation,” he says. “I will likely withdraw all my accounts from RBC and tell others about my experience in the hopes they may go elsewhere.”

Mortgage brokers help clients get the best rates from a variety of lenders. Many prefer to use smaller banks that post their best rates and don’t offer discounted rates.

“As long as the big banks play the rate discount game, consumers will never have fair mortgage lending.”

Related: Why loyalty doesn’t pay when it comes to mortgage renewals

Luckily, you can find more disclosure than before. Federally regulated banks must show customers how they calculate their mortgage prepayment charges – including rate discounts – using examples that can be easily understood.

However, the banks’ calculators include lots of numbers and technical terms – and don’t always provide a definitive answer.

“Note: This example is based on a formula for estimating the cost of prepaying a mortgage before the end of the term,” says RBC’s website.

“RBC Royal Bank uses a more complex calculation that will result in a lower charge than the estimate. You will have to contact us for your exact prepayment charge.”

How can you avoid getting hit with a mortgage prepayment charge that eats up your home equity when you sell?

Here are some tips:

Ellen Roseman writes about personal finance and consumer issues. You can reach her at eroseman@thestar.ca or www.ellenroseman.com