Calgary home prices were the fastest growing in Canada in November 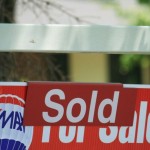 ned 0.3 per cent in November, the biggest advance among the nation’s largest real estate markets, Statistics Canada said today in Ottawa. From a year earlier, prices in the city were up 6.5 per cent.

Calgary prices rose in November amid concerns even then about the health of the oil industry. Oil prices continued their decline, with benchmark West Texas Intermediate crude this week falling below $48 a barrel for the first time in more than five years.

Nationally, new home prices rose 0.1 per cent in November and 1.7 per cent from a year earlier.

Related Oil prices are making housing forecasts a tough call in Alberta Sales of Canadian homes worth over $1M grew substantially last year and will again in 2015 Canada’s municipal real estate markets diverged over the last year, with gains in Calgary and southwestern Ontario markets such as Toronto and Hamilton offset by weakening elsewhere. Prices in Vancouver fell 0.2 per cent in November and are down 0.6 per cent from the same month a year earlier.

Home prices in Montreal recorded their first annual decline in November since 1997.

Statistics Canada’s new home price index doesn’t include condominiums or apartments, which comprise about a third of the new real estate market.