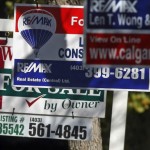 Calgary’s housing market is the hot topic of conversation these days not only in the city but across the country.

The oil that fuelled Calgary’s housing boom has created the conditions for a bust.

“The warning signs are out,” said Gerald Soloway, chief executive officer of Home Capital. “It’s only prudent for everybody who participates in that market to heighten their alertness.” Keep reading. The once-sizzling real estate sector has cooled tremendously thanks to a precipitous decline in oil prices and that has people, from economists to realtors to homeowners and potential buyers, speculating and wondering what that will do to housing prices.

And there is no lack of opinion on the topic, ranging from forecasts of a small increase in average prices for the year to a 10% or more decline. MLS sales are expected to fall dramatically this year – TD recently said by as much as nearly 50% – with new listings rising at a steep pace.

“There is no surprise that the range is so vast. Trying to forecast an average sale price change . . . in today’s market is impossible,” said Don Campbell, senior analyst with the Real Estate Investment Network. “Why? Simply because the most important variable is not known.

“How long oil will stay under $70 and how confident the oil industry is about it levelling at that number. Without that knowledge, real estate market price forecasting is mathematically impossible.”

According to the Conference Board of Canada, the city’s economic growth in 2006 was 7.0% – the second highest rate of growth in the past 25 years behind only the 7.9% recorded in 1997.

Christina Hagerty, a realtor with RE/MAX Realty Professionals, who started in the business in 1991, said real estate in Calgary has always been a good long-term investment.

“In fact, if you look at real estate values over the course of 10 years, all have performed double to triple their value right across the board, not just in the inner core,” said Hagerty, who specializes in that area.

Hagerty said the current rental vacancy rate in the city remains low. That combined with some of the lowest interest rates in history and still good overall consumer confidence will keep the real estate market healthy.

“I would say based on this, housing prices should continue to see a slight positive gain. Unless there are reasons for sellers to take a substantial decrease, most would not do so. Why would you want to lose 10% on your real estate value when you can lease out for a premium based on such low vacancy rates?,” she said.

Ann-Marie Lurie, chief economist with CREB, said there is a wide range of price expectations for this year because there is a significant amount of uncertainty regarding the duration of lower oil prices and ultimately the impact on employment.

“Regardless if you look at average, median or benchmark prices, annual home prices within city limits declined in 2008 and 2009,” she said. “During that time several global economies were in a recession. In 2009 Calgary saw GDP contract by nearly 4%, net migration fell, full-time jobs were being lost, there was a large amount of newly-constructed product available, and the impact of the financial crises created several changes to the lending industry.

“This year the housing market has seen sales activity fall, likely a result of reduced consumer confidence in the market. At the same time, listings have continued to rise, driving up inventories. If this continues, this will place downward pressure on pricing. However, to reach the double-digit decline rates in housing prices, this would assume that the energy prices would stay low for this year with not much upside prospect into 2016, causing job losses, low levels of migration, and persistent excess supply in the housing market.”

For prices to remain stable, said Lurie, the city would have to see stability in the employment sector and the pace of new listings slow.

“With this much uncertainty I think it is prudent to consider there are several factors that can drive the prices. Based on current expectations, prices are likely to remain at or just below levels recorded near the end of last year,” she added.

Hagerty said Calgary is a young city and many people are not used to the volatility of the oilpatch and its relation to the real estate market.

“So those of us who have been around for a couple of decades aren’t concerned,” said Hagerty. “We aren’t day-trading real estate. We get to live in this tangible asset as it grows in value. Savvy investors are sitting back hopeful the next seller will think the sky is falling so they can seize the opportunity. They know that Calgary’s a sure thing with strong fundamentals that make it a great investment.”

“We have always believed that real estate is a safe long-term play. The numbers don’t lie – since prices have begun to be tracked, they have increased,” he said. “Of course we have seen short-term fluctuation with dips and corrections, but in the long term the arrow has always pointed up.

“Calgarians have hosted many an oil boom party in the past and have learned of these inevitable dips. However, because the province’s population, and the city itself, has grown at record numbers over the last two years, we have a large cohort of the population who have never experienced a Calgary ebb and flow. That has led to an increase in knee-jerk response in the market as shown by the dramatic increase in listings.”

He said it is at about this point that strategic Calgary investors start to hunt for good deals, knowing that when the market recovers – be it in one or two years – that it will prove to be the ultimate buying window.