Can you afford a home in these cities? – Ask a Vancouver Mortgage Broker 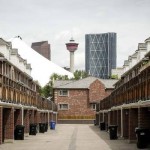 Housing affordability is a national disaster that begs further investigation.

The annual gross income needed to afford that price based on a 5-per-cent down payment and a five-year mortgage: $89,363.

In that $20,671 shortfall is the considerably, but not entirely, depressing story of Canada’s housing market at midyear. The bad news: Vancouver and Toronto are deserts of affordability, and Calgary’s starting to look troublesome. The good: National data obscure the fact that affordability is still reasonable in some cities.

We hear plenty about housing affordability from banks and real estate people. Now, the Personal Finance column weighs in with some analysis focused on this question: What income does it take to afford a house on a national basis and in eight cities?

For answers, a hypothetical mortgage was set up for these markets using average May resale prices as shown by the Canadian Real Estate Association, a 5-per-cent down payment and a five-year, fixed-rate mortgage at 2.99 per cent. To calculate how much income is needed to support the resulting mortgage payments, we’ll refer to the gross debt service ratio, or GDS.

It’s a standard affordability measure used by lenders, and thus is by no means a definitive guide to how well a house will fit into your life in a financial sense. To use my Real Life Ratio, click here. Still, GDS offers a rough guide to how much house you can handle. You’re considered to be onside with a house if your monthly mortgage, property tax and heating costs account for no more than 32 per cent of your gross household income.

For that average-price home on a national basis, the mortgage payment would be $1,930. Add an estimated $333 in property tax per month and $120 in heating and you end up with $2,383, which on an annualized basis is 32 per cent of $89,363. That’s the minimum income you’d need to afford a house at the national average price.

Toronto and Vancouver have a big influence on this shortfall, partly because of high prices and partly because their median incomes trail other cities. Vancouver’s median family employment income is less than half of what’s needed to afford the average house, and Toronto’s is well under, too. Calgary’s estimated income levels are a little below where they need to be for a family to afford the average home, but not by nearly as much.

The affordability picture is brighter in cities such as St. John’s, Halifax, Winnipeg and Saskatoon because the cost of carrying an average home is much better aligned with incomes. Montreal’s a trouble spot, with actual household income well below the estimated income required to carry the average house.

Something to consider if you’re relating these numbers to your own situation is that they show the minimum household income needed to buy an average home. To carry a home and be in a position to afford other living costs, strive for a GDS of 25 per cent or less.

In the more expensive cities, notably Toronto and Vancouver, it’s time to acknowledge that some people will never be able to afford a house. Borrowing costs are close to as low as they can go, and the long-term outlook is for them to rise. Scratch lower borrowing costs as an affordability aid.

Falling prices would help some prospective home buyers, but it’s not as big a factor as you’d expect. In fact, average prices could drop a very sharp 20 per cent in both Toronto and Vancouver and still be well beyond the grasp of families with median income levels. The alternatives to owning a house in these cities: Buy a condo and resolve to live in it indefinitely, even with kids; buy a home in the suburbs and commute; move farther afield and relocate to a more affordable real estate market; or, give up and rent.

Another option, at least for millennials – one I’m starting to hear more about – is to move back home with your parents or your spouse’s parents and save until it hurts to build a big down payment. Or, rent a small apartment and cut discretionary spending to a bare minimum. In mid-2014, heroic savings measures are needed to own in some cities.

Can you afford a home in these cities?

NOTES:
*MORTGAGE PAYMENT BASED ON A 5-YEAR FIXED-RATE MORTGAGE AT 2.99 PER CENT, WITH MORTGAGE DEFAULT INSURANCE PREMIUMS INCLUDED;
**PROPERTY TAXES ESTIMATED AT $4,000 ANNUALLY AND $333 MONTHLY AND HEATING AT $1,440 ANNUALLY AND $120 MONTHLY;
***MORTGAGE PAYMENTS PLUS THE MONTHLY SHARE OF PROPERTY TAXES AND HEATING SHOULD ACCOUNT FOR NO MORE THAN 32 PER CENT OF GROSS HOUSEHOLD INCOME;
****2011 STATISTICS CANADA DATA HAS BEEN UPDATED BY APPLYING THREE YEARS’ WORTH OF 2-PER-CENT INCREASES