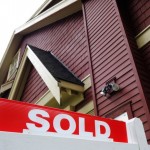 Housing sales across the country continued to raise along with prices despite a slowdown in parts of western Canada, the Canadian Real Estate Association said Friday

The average price of a home sold across the country rose to $431,812 in February, a 6.3% increase from a year ago, the Ottawa-based group, which represents more than 100 real estate boards, said.

“A number of buyers across the Prairies stayed on the sidelines in February,” said Beth Crosbie, CREA’s president, in a statement. “That’s likely to remain an important part of the national housing story until the outlook for oil prices starts improving. Meanwhile, home sales in British Columbia and much of Ontario are improving.”

The board said sales increases were led by boards in Greater Vancouver, the Okanagan region, and Greater Toronto. which helped offset declines elsewhere. A majority of local markets posted weaker sales in February compared to January.

Compared to 10-year average for February, sales were 5% below the average.

“Sales came in below the 10-year average for the month of February in two-thirds of all local markets,” said Gregory Klump, chief economist with CREA, in a statement. “That said, the opposite was true in a few large urban markets in British Columbia and Ontario despite a shortage of listings there, which is fuelling prices higher.”