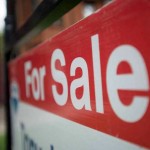 The risk of a property market crash in Canada has not ebbed, according to an increasing number of analysts polled by Reuters who said chances of a steep fall in prices have increased in the past year.

Still, the survey medians showed house prices will likely rise more than earlier expected at least until 2017, reflecting ongoing reluctance by forecasters, many of whom work for mortgage lenders, to predict negative returns on property.

This year Canadian home prices on average will appreciate by 5% followed by a 2% rise in 2015 and then again in 2016 after doubling in value over the past decade.

Related House prices keep going up but they are more affordable thanks to cheap debt How fears of overheating are driving Canadian homebuilders to look south Canada’s housing market on course for soft landing, says CMHC But seven of 20 respondents in the poll conducted Aug 19-26 said the threat of a property market meltdown had intensified over the past year, especially in Toronto and Vancouver, up from five of 21 in the May poll.

“(The) risk has increased due to house price increases significantly exceeding income growth and the oversupply of condos in downtown Toronto,” said John Andrew, professor at Queen’s University.

Canadian households on average hold debt worth over 1.5 times their income and when mortgage costs increase once the Bank of Canada begins raising benchmark interest rates, it will make that burden even heavier.

The BoC will probably raise rates in the third quarter of 2015, a Reuters poll showed on Tuesday. [CA/POLL]

Still, the medians suggest prices will not decline nationally, at least not until 2017 — the end of the polling horizon. Even in Toronto and Vancouver, two of the country’s most expensive markets, prices are not expected to fall.

Many are of the view that prices will only cool, dodging a U.S.-style nosedive where property prices fell by more than a third, leaving millions of Americans in negative equity.

Thirteen of 20 participants said Canada’s housing boom is different from other real estate booms and is therefore unlikely to end in a crash.

“The risk of a crash is negligible, based on my expectation that any sustained increase in mortgage interest rates will be minimal – at most half a point by the end of 2015,” said Canadian housing economist Will Dunning. © Thomson Reuters 2014