TORONTO — Canadian home prices rose in August and the pace of 12-month home price appreciation accelerated, a report showed on Friday, suggesting robust demand for housing is carrying through to the second half of the year. 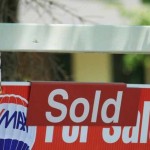 August was the ninth month in a row in which the composite index did not fall. The price increases, on top of robust housing starts data in the spring and summer, have surprised economists who have been calling for a slowdown in Canada’s long housing boom.

Related Bank of Montreal lowers five-year fixed mortgage to 2.99% Canada building permits soar to record on Toronto, Vancouver condos Thinking about a move-up buy? Forget it, new study says you can’t afford it David Tulk, chief Canada macro strategist at TD Securities, said the report suggests the momentum in the housing market has continued into the second half of the year.

“While a gradual drift higher in interest rates should limit the degree to which housing can continue to increase, a persistent low rate environment will prevent a more pronounced correction,” Tulk said in a research note.

“The housing market will also remain on the Bank of Canada’s radar and the strength we have seen buttresses the case to resume the withdrawal of stimulus once the improved international backdrop has provided a sufficient lift to net exports,” he added.

Canada’s central bank is not expected to raise rates until the second half of 2015.

Canada escaped the U.S. housing crash that accompanied the 2008-09 financial crisis, and home prices have risen sharply, if not steadily, over the past five years despite moves by the federal government to tighten mortgage lending rules.

Prices were down 0.7% in Montreal.

Year-over-year price gains were also seen in 10 of the 11 cities surveyed.

Prices compared with a year earlier were down 0.1% in Quebec City.