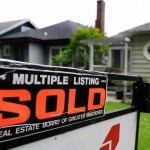 A leading credit rating agency says Canada’s most expensive housing market may not be all that affordable for the average family, but despite that no major correction is coming Vancouver’s way.

DBRS looked at 39 markets in Canada, the United States and Australia, releasing its focus feature on Vancouver Wednesday.

“Based on historical data, the Vancouver market does not appear to be significantly overheated,” said DBRS, in the report. “Therefore, a correction of any magnitude may not be justified given the strong fundamentals in the market.”

Related CMHC turns up scrutiny of condo investors as concerns of overheated market grow Housing market skewed by handful of hot cities, Canada Guaranty CEO says Ratings agency Fitch calls for more government action in ‘overvalued’ Canadian housing market This month the real estate board of Greater Vancouver said June competition among homebuyers was as strong as it had been since 2011.

Property sales in the region were up 28.9% in June from a year ago while the average sale price of detached home reached $1,200,539.

DBRS acknowledged there are affordability issues and said home prices continue to rise faster than disposable income, “threatening the affordability of housing for many Canadian families” in the market.

DBRS says given the stable economy and the low interest rate environment that could persist for the foreseeable future, it’s hard to envision a correction.

“It is difficult to foresee catalyst that could create a significant price correction in the Vancouver housing market over the medium term,” said DBRS.

In its study, DBRS noted from 1994-1998, Vancouver did have a correction and prices dropped 9% from peak to trough. From 2008-2013, prices increased 1.7% annually through this post recession period. It is over the last year that prices have rebounded with a 9% gain, said DBRS.

The ratings agency also stressed Vancouver has natural barriers that limit development in the city and controlled supply.

At the same time, DBRS says the quality of living in Vancouver is not a factor to be ignored in continued long-term demand.

The agency offered shorter comment on other Canadian cities.

In Calgary, it says a well-paid work force has kept the housing market strong as the city has avoided a worldwide economic recession with its oil and gas economy. DBRS said continued development of new home supply has keep prices stable and it expects more of the same even if the Alberta economy slows down.

In Montreal, DBRS noted its housing price index saw declines from 1990-99 but is up 150% since then. “Housing prices haven’t been strongly impacted by the financial crisis and exhibit a stable, upward trend,” the agency said.

In Toronto, DBRS say restrictions on development allowing it to “expand up but not out” have helped maintain upward pressure on prices.