TORONTO — The latest real estate results look impressive for seven-figure homes but the story is not as dramatic once you factor out Canada’s two most expensive cities and look at three months of falling sales. 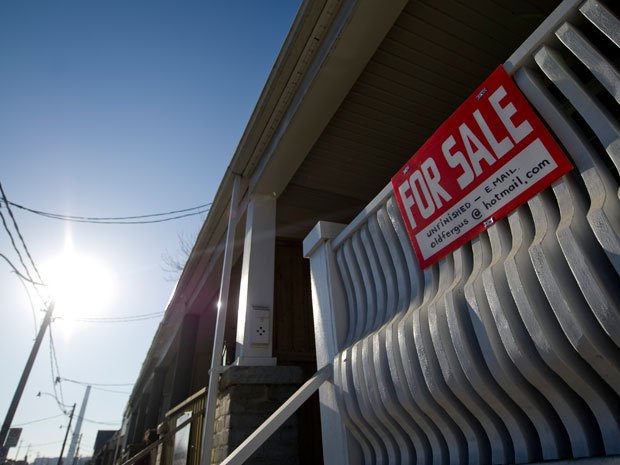 Prices across the country rose 10.4% in December from a year ago to an average of $389,119, according to the Ottawa-based Canadian Real Estate Association. Once you hack out Toronto and Vancouver, the increase drops  to 4.6%.

Does real estate have anything left to give in 2014? 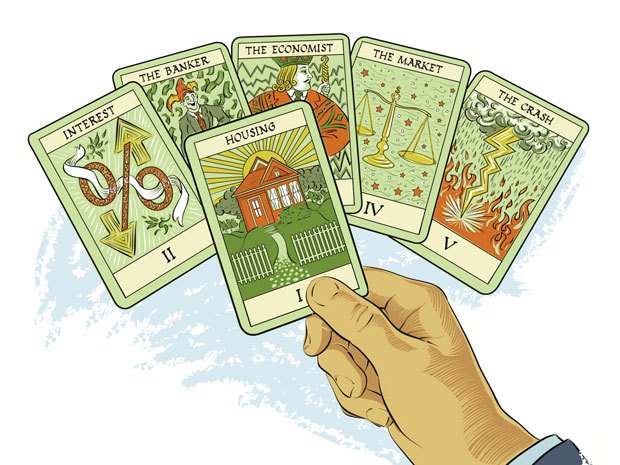 Even the real estate companies have gotten a little tepid in their forecast for 2014, not quite buying into the roaring comeback in housing we saw in the fall of 2013

“The 10% number, unless you are millionaire living in Vancouver, this is not your number,” said Benjamin Tal, deputy chief economist with CIBC  World Markets.

Mr. Tal says prices are up nationally only 6.5% from a year ago if you create a weighted average that limits the impact of Vancouver and Toronto by factoring out a massive surge in the sale of high end homes. A year ago, sales were way down, making activity today look that much stronger and allowing expensive markets to skew the national results even more.

But he acknowledges even the 6.5% increase is more than most people had predicted for the market at this point in the housing cycle.

“We are running out of excuses and the housing market might be a bit stronger than expected,” said Mr. Tal.

There is cause for concern in the market. Seasonally adjusted December sales were down 1.8% from November and are now off 5.2% from the peak that was reached in September. Historically, price declines have followed sales declines.

“It’s very reasonable for prices to ease or even fall,” said Mr. Tal, who rules out doomsday scenarios that would see prices drop 25%.

He says it’s “way too premature” for the government to do anything to curtail the housing market, even though the market is stronger than anyone expected.

The concern is Jim Flaherty, the finance minister, will step into the market again to cool things down — something he’s done on multiple occasions during the this housing boom by among other things limiting amortization lengths. Mr. Flaherty has, so far, ruled out further intervention in the market.

“I think January will look tepid because the first two weeks were so bad due to weather. But when we look at the first quarter of 2014, it will be quite starkly larger,” says Phil Soper, chief executive of Royal LePage, referring to sales.

He says economic conditions in North America are improving and that’s going to put pressure on housing.

“There’s going to be upward pressure on prices and by the end of the first quarter we will be talking about ‘Oh, my God how do people afford these homes’ as opposed to a falling number,” says Mr. Soper. He said more regulation could be in the cards as policy makers face a Catch-22. They need to keep the cost of money low but that encourages more debt and puts more pressure on housing prices. 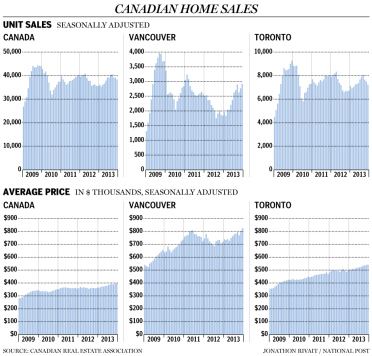 CREA has emphasized that results in the coming months might give people the wrong impression of the strength in the market. “We’ll likely continue getting mixed signals in the months ahead with positive year-over-year comparisons for sales masking the recent moderation in the monthly sales trend,” said Laura Leyser, president of the group.

Toronto-Dominion Bank issued a note yesterday with a continued call for a soft landing in the housing market.

“For the year as a whole, existing home sales rose 0.8%, a pace that is neither too hot, nor too cold but largely in line with our view of a soft landing in the Canadian housing market,” said Diana Petramala, an economist with the bank.

However, a report from Capital Economics, one of the well-known bears on this housing market, sees the downturn picking up steam.