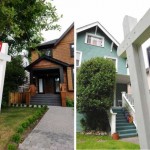 Toronto is on the verge of becoming the second Canadian city where the average price of a detached home hits the $1-million mark.

“We went over that mark a few years ago in Vancouver and now we are going to hit it in Toronto. It’s not inexpensive to own a house in the city of Toronto,” Brookfield Real Estate Services Inc. president Phil Soper said Tuesday after the the company’s annual general meeting.

The Toronto Real Estate Board released its results for April sales Tuesday and those results show increased pressure on the single family portion of the resale housing market, pushing prices in the old City of Toronto close to $1-million for a detached piece of property.

“The good news is if you move outside of Toronto proper, into the suburbs, or into the ever important condo sector there is still product available across the price gamut,” said Mr. Soper.

Developers have long complained about government land use policies they maintain have restricted construction and created the widest gap between high-rise condominiums and single family homes in Toronto history.

“Price growth for the GTA as a whole was driven by the single-detached, semi-detached and townhouse market segments in the City of Toronto. So far this year, there has been no relief on the listings front for these home types in many neighbourhoods in Toronto and surrounding regions,” said Jason Mercer, senior manager of market analysis with TREB. “Until we see a marked and sustained increase in listings, we should expect to see the annual rate of price growth above the long-term norm.”

Toronto would just be entering lofty territory Vancouver has long occupied. The Real Estate Board of Greater Vancouver said this month the average detached home in the city sold for $1,198,828 in April.

Mr. Soper, who is also chief executive of Brookfield’s Royal LePage brand, told shareholders at its AGM that the first quarter of this year was soft because of a winter that was unprecedented in terms of its impact on the Canadian market as a whole.

“The market came roaring back to life in the later weeks of the quarter and April was a very strong month,” said Mr. Soper.

Brookfield is mostly shielded from the cyclical nature of the real estate market as 71% of its income comes from fixed contracts with brokers. The other 29% comes from a variable royalty stream.

“There was a downturn that lasted from the middle of 2012 to the middle of 2013. While home prices were not affected by the downturn, we did see double digit declines in volumes of homes sales during that downturn,” said Mr. Soper.

Brookfield itself is increasing its dividend to $1.20 per share in 2014 after three years of it being stuck at $1.10 which Mr. Soper said was partially due to taxation resulting from the company’s conversion to a corporation from an income trust. twitter.come/dustywallet