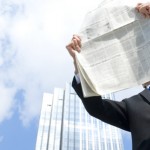 Soaring house values are the most significant financial event of the past decade for the typical household. Now, it’s time to question how much good has come of it.

The housing boom has certainly been a major contributor to our economy, which came through the past five difficult years in comparatively good shape on a global basis. While a burst bubble in housing sank the U.S. economy, Canada’s housing sector has generated jobs and wealth.

But housing has also created serious financial disruptions that will hurt our well-being in the years ahead. We can’t see it coming because we’re too fixated on the idea that rising prices are an indicator of prosperity and success.

The problem with housing wealth is that it’s an illusion for many people. Baby boomers have done fabulously well in housing, but can’t bank much of their gains because the smaller homes and condos they will downsize to have also appreciated in price. Young buyers have no chance of seeing the kind of price gains their parents did in the housing market, and their mortgage costs may choke them financially without major wage gains over time to take the edge off rising interest rates.

Rising house prices make us feel good as a nation, so arguing against them makes you a bit of a crank. And yet, serious financial minds like David Chilton are questioning the benefit of a soaring real estate market.

Mr. Chilton, who wrote The Wealthy Barber and a recent sequel called The Wealthy Barber Returns, appears in a video on retirement that was posted to The Globe’s website this week. He talks about how people without company pension plans need to save more than even he originally thought, but concedes it isn’t easy. A key reason: expensive real estate.

“Everybody wants prices rising, rising, rising,” Mr. Chilton says. “I’m telling you that at the end of the day, it’s better for an economy when housing is more affordable and money on a cash-flow basis can be dedicated to other purposes.”

House prices have appreciated by about 6 per cent annually over the past 15 years, triple the rate of inflation. It’s actually understating the drawbacks of rising prices to say they’re preventing people from saving for retirement. The bigger story is that the normalization of rising house prices has turned us into a society of spenders and borrowers.

First of all, rising home values allow people to increase their capacity to borrow through home equity lines of credit. The more your home is worth, the more debt you can have. Second, there’s a subtle encouragement to borrow and spend through what’s known as the wealth effect of rising house prices.

With low interest rates greasing the way, we’ve reached historically high levels of household debt in comparison to income. But with our houses increasing in value, aren’t we getting richer, too? In reporting recently on the state of household finances, Statistics Canada cited rising house prices as a major contributor to the strongest quarterly rise in household net worth since the global financial crisis in 2008.

Talk about good news you can’t use. While rising net worth provides a sense of satisfaction, it’s actually rather useless in improving your day-to-day financial picture. It doesn’t cut your debt level, or make it easier to pay your debts every month. Moreover, both debt levels and net worth are rising at the same time. You could argue that rising net worth is actually responsible for our national debt problem.

One more reason that soaring prices do more harm than good is that they threaten to alter the demographics of home ownership in ways we will regret. Young adults are having trouble affording first homes, which suggests trouble ahead for boomers who want to sell and move on with their lives.

House prices have already accelerated much faster than incomes in recent years. If this trend continues, people with average incomes may as well accept that they’ll never own a home near the downtown of a major city. Their future lies in the suburbs, which means long and potentially costly commuting every day (more on this in a future column).

The best thing that could happen to the housing market would be a long cooling-off period of stagnant prices, or even a modest decline. If you care about a sustainable, accessible housing market for you and your kids, that’s what you should hope for.