Canadian home prices rise a modest 0.8% in May, typically one of the strongest months for sales: Teranet 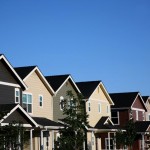 A new report suggests housing market has stronger legs than thought because echo boomers, who now outnumber their parents, are poised to flood the market.Keep reading.

The index, which measures price changes for repeat sales of single-family homes, showed national home prices rose 0.8% last month, a modest reading compared to historical May readings for what is traditionally one of the strongest sales months of the year.

The agency says the combined metropolitan region of Toronto and Oshawa, Ont., was the top contributor to the increase and had the largest monthly price advance in April, as prices rose 0.7%.

That is the largest monthly price increase for the region since November 2011.

New home prices in Calgary rose 0.6% and were up 0.2% in Hamilton, Winnipeg and the combined region of Saint John, N.B., Fredericton and Moncton, N.B.

Prices slipped in six metropolitan areas in April. Prices were down 0.5% in Regina and fell 0.3% in Vancouver.