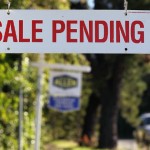 Canadian existing home sales in June reached their highest monthly level in more than four years as prices continued to rise in some of the country’s hotter markets.

But the housing market is becoming an increasingly local story with the disparity between hot and cold markets growing across Canada, something the Canadian Real Estate Association emphasized in its monthly report on the market

“Sales have improved compared to their slower start earlier this year. That said, there are still important differences in how housing markets are faring depending on location,” said Beth Crosbie, president of CREA, in a release Tuesday.

In the country’s largest market, Toronto, there are few signs of a slowdown. The average sales price clocked in at $568,953 in June, a 7.1% jump from a year ago. Toronto sales were also up 12.3% from a year ago.

The better performing large markets continue to drive the overall housing numbers with sales up 11.2% from a year ago on a national basis and the average sale price climbing 6.9% during the same period, reaching $413,215.

Actual sales were up 0.8% in June from May, marking the fifth straight month that sales have climbed nationally. Sales rose in about half of all markets led by Vancouver where activity reached its highest level in almost three years.

Gregory Klump, chief economist with CREA, said there has been a burst in new supply, which reflects the slow start to the year caused by the harsh winter which led many sellers to delay listing their homes.

“In markets with tight supply and strong demand, the strength of sales in recent months reflects how many properties were snapped up once they finally hit the market,” said Mr. Klump. “Because the impact of deferred listings and sales has likely run its course, activity over the second half of the year may not be able to maintain the kind of pace we’ve seen over the past couple of months.”

“There are currently a record number of new homes under construction in many markets and history shows that a significant share of these units will end up on the market. In fact, we are already starting to market pressures easing in Edmonton, Regina, Saskatoon, Montreal, Quebec City, Ottawa and the Toronto condo market — where overbuilding was most prominent,” she said in a research note.

However, some economists remain worried markets may be overheating. “Canada’s housing market continues to look balanced overall, with stark disparities persisting at the regional level. That said, it is a tad concerning that prices are running firmly ahead of income growth in a few major cities. Calgary is understandable and Vancouver is shaking off a mild correction, but Toronto might be getting too hot for its own good,” said Robert Kavcic, senior economist with Bank of Montreal.