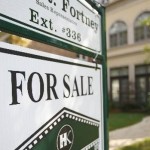 Higher mortgage rates and house prices have eroded the affordability of Canadian homes for the second quarter in a row.

But the impact was largely confined to the markets for detached bungalows and single-family homes, which are becoming more of an unaffordable luxury in many parts of Toronto, Montreal and Vancouver, Royal Bank of Canada’s economics department suggests in a report to be released Wednesday.

Condos, on the other hand, saw only a small deterioration in affordability, as an abundance of new supply is keeping prices in check.

The difference between ownership costs for single-family houses and condos hit near-record levels, with the measures of affordability for the two types of dwellings registering the second-widest gap since the mid-1980s during the third quarter of this year, according to RBC chief economist Craig Wright.

The divergence speaks to the degree to which rising house prices, as opposed to other factors including rising mortgage rates, are having an impact on affordability.

“Even though affordability of all housing categories remains within manageable levels overall in Canada, single-family homes represent more of a stretch for home buyers than they have historically, whereas condo apartment affordability is closer to its historical norm,” the report states.

“By the third quarter, stronger resale activity across Canada heated up home prices a few degrees, though primarily in single-family home categories,” Mr. Wright said. “At the same time, Canadian bond yields rose in tandem with those in the U.S., climbing in anticipation of the Fed tapering its bond-buying program. These factors translated into the first notable increase in mortgage rates in Canada this summer since the second quarter of 2011 and, ultimately, contributed to a slip in affordability.”

Mortgage rates have risen by more than three-quarters of a percentage point since May.

The increases in home prices and mortgage rates overshadowed income gains, but “the lessening of affordability that resulted from this combination of factors was mild overall and did not pose any immediate threat to the general health of the housing market,” the report said.

RBC economist Robert Hogue said he expects house prices to be flat next year, although they might maintain their upward trajectory during the first half of 2014 before weakness sets in. The near-term strength comes as demand for homes has slightly outpaced the degree to which sellers are putting up new listings.

But he expects that bond yields will drift upward over the course of the next year, contributing to a further slight increase in mortgage rates.

“Across the country, housing affordability continues to be the poorest, by far, in the Vancouver area, where the latest RBC measures are significantly above their long-term average,” the report said. “At the other end of the spectrum, affordability in Alberta and the Atlantic region still looked reasonably attractive for the most part in the third quarter.”