With Canadian house prices at record highs, trade up to your twin-city dream home

If you’ve ever dreamed of living somewhere else — maybe Rio, Berlin, Trieste — the value in your Canadian home right now could take you further than ever before. 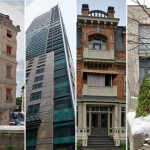 ages are coming to a bank near you

By this time next week, Canadians borrowing for a home might be looking at the lowest rates in the country’s history as a result of the Bank of Canada’s rate cut. Read on Although price growth has slowed in some Canadian housing markets, prices reached a record $408,068 in 2014, across the country. For instance, the average detached Vancouver home was selling for more than $1.3 million at the end of 2014, with Demographia’s annual housing survey labeling it the second least affordable city in the world after Hong Kong.

With Canadian home prices at their all-time high and the loonie sinking fast against many major currencies, this could be your last chance to jump into another housing market.

The decision to sell up and move elsewhere, of course, isn’t just about real estate prices.

Gurinder Sandhu, regional director of RE/MAX Integra, said housing issues can include currency risk, taxes and the political stability of the market.

“There were many opportunities during the real estate recession around the world, like Florida,” he said, adding in some jurisdictions the opportunity has disappeared. The rising greenback and improved U.S. housing market has limited an opportunistic move south.

Related Vancouver’s housing market ranked second most unaffordable in the world How Airbnb renters are helping Canadians pay off their mortgage in a grey-market area Sales of Canadian homes worth over $1M grew substantially last year and will again in 2015 One consideration for a major move is as part of retirement strategy, especially to the U.S., “but you have to consider issues like health care,” said Mr. Sandhu.

And what if you hedged your bets and kept your Canadian property? Paul Hickey, a partner at KPMG LLP, said you would lose part of your capital-gains exemption, since you’re not eligible for it while living elsewhere. If you leave the country for a decade and sell your house after owning for 30 years, one-third of any gains would be taxed.

Keep in mind that not that many Canadians are actually doing this. From July 1, 2013 to June 30, 2014 only 61,928 people emigrated from Canada, according to Statistics Canada. But if it’s one of your dreams to cash out and fly the coop, now’s the time.

Re/Max agreed to look at 10 Canadian markets and their relative counterpart in the big, wide world, and bluesky about what your dollar might buy you if you have an adventurous nature.

These two dense cities, with populations about 2.7 million, may be a little buttoned-up, but they both bristle with life. Chicago is often held up as a model of urban planning, with its distinctive museum row along Lake Michigan, while Toronto’s access to Lake Ontario is cut off by the unsightly Gardiner Expressway. You’ve had it with the Leafs, anyway. Maybe you’re looking to move to a city with a Stanley Cup contender. Chicago does have the Blackhawks.

If you are in Toronto , you can probably forget about a single-family detached home ­– they average close to $1 million in the city proper. But for just a shade under $900,000, you can land a one-bedroom deluxe unit in the Trump Tower in the Financial District. Or you could take that $900,000 out of your current semi-detached and get a 4,600-square-foot home built in 1886 in Old Northwood Circle, about 20 kilometres from the downtown core of the Windy City, for US$724,900. The taxes are US$11,452 for the year. But there’s great jazz.

Laidback Vancouver on the Pacific Ocean, with its milder weather and proximity to mountain skiing, hiking trails and fly-fishing, is a dream location. Lots of other people think so too, and consequently the real estate is sky-high. And there’s all that rain. If you’re sick of the wet weather and looking for a property near the rainforest with a little beachfront, consider Rio De Janiero on the Atlanic Ocean.

In Canada’s most expensive city, $1.5 million might net you a location in Renfrew Heights. You will get 3,800 square feet of space with a legal suite in the basement to help pay that mortgage. Your Rio, on the other hand, which comes with 24-hour security, will cost $3.5 million Brazilian Reals, or $1.3 million. You’ll land a home on a protected area of the rainforest with nine bedrooms, room for 30 cars and a ballroom for 200 – plus your own beach.

If you sell this home in Montreal for $1.05-million … You can buy this house in Berlin

These two cities, slightly down at heel, have attracted hip young artists from around the world. Bilingual Montreal, situated on an island in the middle of the St. Lawrence, is blessed with a triple-peaked mountain right in the city. Berlin is divided by the River Spree, along which the magnificent Museum Island strides like a giant. In other words, they both have a great club scene, public transportation that’s the wonder of the world, bike-share programs, and relaxed public-drinking laws.

In Montreal, $1.049 million will get you a two-storey, four-bedroom home on Nun’s Island in Verdun, in the southwest. In Berlin, you may have to settle in a remote location called Spandau, since the cheaper rent and real estate have attracted so many to the city, it’s driven up price. It will cost you 1.049 million euros – about $1.4 million, but you do get 10 rooms. So you have to take a bus to the U-bahn. Once you’re in the city, it’s a playground non-pareil.

Two capital cities. You won’t be escaping the cold heading to Finland, although you will be in the land of the sauna.

In Canada’s capital, full of historic limestone buildings, Parliament Hill, and cute neighbourhoods like the Glebe, $375,000 will get you a three-bedroom, three-bathroom, two-storey detached house in the eastern end of the city on a big lot, 41 feet by 147 feet.

The move to Helsinki is going to mean some financial sacrifice, although you’ll be living close to the beautiful Baltic Sea. The city’s population is growing, attracting young Russian entrepreneurs. Social rentals are the main form of living arrangements, with two-thirds of housing in public hands. But there are pretty, historic neighbourhoods such as Eira, with art nouveau buildings chock-a-block with diplomats. In Pitäjänmäkin in the the western-most district of the city, you can purchase an apartment with three rooms, or about 785 square feet, albeit renovated in 2000. It will cost you 256,258 euros or about $356,000.

Trade in one oil capital for another? If the price of a barrel of oil keeps falling there may be deals to be had in both centres.

A two-bedroom townhome with about 1,400 square feet next to the Elbow River runs for $599,900 in Calgary, the city of the Saddledome, the unapologetic Calgary Stampede, Eau Claire Market Mall south of the Bow River, and Prince’s Island Park, which has great music festivals.

But extreme weather events may encourage you to depart for Houston, where you can have your fill of steak or “barbecue,” and mingle with those who feel entirely comfortable wearing a cowboy hat. So get in touch with your inner oil baron, and flip your Calgary residence for something in Houston for US$495,500. That price will buy you a 3,700-square-foot home in Lakes on Eldridge North, a subdivision in West Houston just north of the city’s energy corridor. The Texans are brash, but they’re friendly.

In the Peg, $309,900 is the price of a an 1,101-square-foot bungalow about nine kilometres from the city centre. In Rotterdam, in south Holland, 219,000 euros, about $308,000, gets you a three-bedroom home, in a city that pulses with artistic life. The new psychedelic market hall alone, Markthal, is an eye-popping wonder. The docklands along the Meuse River is riddled with nightclubs, a testament to regeneration. Dining is superb in The Netherlands, with Michelin-starred restaurants only a hop-step away.

$420,000 Two industrial cities on the coast: one gave birth to Alexander Keith’s beer and the other, the Beatles and their Mersey sound. One has spectacular coastline drives a few minutes away, the Halifax Common and lots of maritime history. The other has a World Heritage Site that stretches along the waterfront from storied Albert Dock, and even more maritime history. Both have a population of about 400,000.

In Halifax, you get a massive lot with a huge yard that comes with 2,600 feet of indoor living space in the Kingswood North section of the city. In Liverpool, which is more than 800 years old, money can’t buy you love, but 235,000 pounds stirling, or about $428,000, will buy you a six-bedroom home close to the local university and the city centre. The location might be occasionally foggy, but you’ll hear that dreamy Liverpudlian accent in every pub.

$435,000 Prices have been rising fast in Saskatchewan during the Canadian housing boom, thanks to strong commodity prices, and the Prairie city of Saskatoon is no exception. Pittsburgh, long known for its steel industry, transformed itself in the 2000s, creating health-care and technology jobs and has avoided some of the downward pressure on U.S. housing. Both cities are turning into destinations for young families, because of the good quality of life.

A $439,000 home in Saskatoon amounts to about 1,800 square feet of space. By comparison, US$365,000 will get you a newly-built home in suburban Pittsburgh, in Pennsylvania, with 2,600 feet of living space. And you now have access to a cultural centre that’s gaining a hipster following, the smokestacks having given way to museums and great restaurants, in a city with three rivers and surrounded by green hills.

Two cities known as great places to retire. You probably love Victoria, with its old English style homes, balmy weather, and stunning gardens. But maybe you’re tiring off the Anglo-ness of it all and want something with a bit more panache.

There’s nothing sleepy about the prices in Victoria. A newly built single-family home in suburban Victoria is close to $540,000. But you could trade up to Eastern Europe, which is coming on strong as a travel destination. In the Croatian capital, 400,000 euros, or about $560,000, will get you a 10-year-old Zagreb home with close to 2,500 square feet of space. You do get a beautiful covered terrace with a brick barbecue, and access to history 24 hours a day.

While Quebec City hasn’t been settled as long as Trieste, which can trace its history to before the common era, it is one of the oldest European settlements in Canada. For a shade under $300,000, you can get a three-bedroom condo with 1,200 square feet of space in the central borough of the city. And have a great lifestyle in this French-language city with gorgeous natural history, universities, and a Winter Carnival. Bonhomme, anyone?

It’s Italian counterpart in Trieste at $221,000 is a third-floor two-bedroom condominium located a short distance from the main thoroughfare in a storied building complex with a lake view. And, c’mon, you’ll be in Italy, with classic cuisine, warm soft breezes and the rest of the country to explore at your leisure, Steve Coogan-Rob Bryden style, in The Trip. Indulge.