Canadians who last year brushed off predictions of a real estate slowdown and kept buying houses are increasingly joining the doubters. 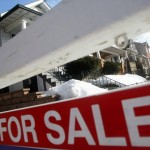 The nation’s households are the least optimistic since May 2013 that home prices will keep rising, according to weekly polling data compiled by Nanos Research for Bloomberg. The share of survey respondents predicting higher prices fell to 31.1 per cent last week, from as high as 47 per cent in July.

The survey results suggest policy-maker warnings about overvalued home prices are starting to sink in, amplified by plunging prices for crude oil, the nation’s biggest export. The gloom may spell the end of a housing rally that helped pull the world’s 11th largest economy out of a 2009 recession.

Related As Vancouver home prices surge out of reach, businesses worry how to retain staff Houses might not be as overvalued as the Bank of Canada thinks, Moody’s report suggests Slumping oil prices to hit home prices in Calgary in 2015: Re/Max “Any negative changes in real estate values coupled with low oil prices could be a one-two punch for Canadian consumer sentiment,” said Nik Nanos, Ottawa-based chairman of Nanos Research Group.

The Bank of Canada estimates that house prices are 10 per cent to 30 per cent overvalued. That didn’t stop sales and prices from rising through most of 2014, fueled by low mortgage rates and a shortage of single-family housing in some markets such as Vancouver, where the average price of a detached home reached a record $1.36 million in February.

Through November, the average residential sales price in Canada rose 6.8 per cent on an annual basis, putting 2014 on pace to be even stronger than 2013, when average prices rose 5.2 per cent.

The survey of real estate expectations is part of polling for the Bloomberg Nanos Canadian Confidence Index and based on phone interviews with 1,000 people, using a four-week rolling average of 250 respondents. The results are accurate to within 3.1 per centage points, 19 times out of 20.

Respondents are also asked about their expectations for the economy, their job security and changes in the state of their personal finances.

The broad confidence index climbed to 55.8 in the week ended Jan. 2, the first increase in five readings, from 55.1 in the prior period. Bloomberg.com LATEST PERSONAL FINANCE VIDEOS