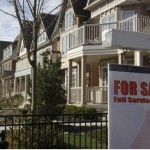 Economist David Madani is reviving a prediction he first made three years ago — that what now appears to be a soft landing for Canada’s real estate market is likely to take a turn for the worse.

Economist David Madani is reviving a prediction he first made three years ago — that what now appears to be a soft landing for Canada’s real estate market is likely to take a turn for the worse. TORONTO STAR FILE PHOTO

By: Susan Pigg Business Reporter, Published on Fri May 16 2014

Canada’s housing market is showing signs of “fraying” with slowdowns and even downturns already impacting some smaller cities and likely to hit still-booming Toronto and Vancouver in time, says Capital Economics.

In fact, economist David Madani is reviving a prediction he first made three years ago — that what now appears to be a soft landing for Canada’s real estate market is likely to take a turn for the worse.

“We still believe that the housing market is overdue for a longer-term correction of as much as 25 per cent,” Madani says in a note to clients released Friday.

“While the recent strength of Canada’s housing market has been astounding, the regional breakdown reveals that it has begun to fray at the edges,” says Madani.

He points as evidence to Canadian Real Estate Association housing statistics for April, released this week, which appear to show a pick up in house sales, but largely on the back of still-booming Toronto and Vancouver, says Madani.

In fact, sales and prices are already falling in Halifax. Regional markets such as Winnipeg and Victoria “are also experiencing a marked housing slowdown, with prices declining in certain areas,” he says.

Madani cites challenging economic conditions, high prices and tougher mortgage lending rules for what he expects to be an escalating downturn.

The most “troubling to the national picture” is Montreal where prices are on the brink of decline, says Madani.

“Despite low interest rates and a stable unemployment rate, it seems clear that the balance of demand and supply is almost as soft as during the recession in 2009.”

What Madani fails to mention, however, is that that market has seen a marked holdback by buyers who had been fearful the province could be severely impacted by the possible election of a separatist government.

Already, realtors are seeing some pickup in sales, especially of high-end properties, which is being attributed, in large part, to the election outcome.

“In contrast, house prices in the two largest and most overvalued markets, Toronto and Vancouver, are holding up for the time being, though partly reflecting fewer new property listings,” he says.

While the current ratio of sales-to-listings in Toronto points to price growth, at least for a few more months, of about five per cent, the picture doesn’t look so rosy in Canada’s priciest market. The sales-to-listings ratio in Vancouver “suggests that house price inflation will decline materially over the next few months.”

“Overall, with house prices already declining in some smaller regions, it may only be a matter of timing then before prices in other larger and much more overvalued markets begin to fall more sharply.”