TORONTO — Canadian housing starts were stronger than expected in June and May figures were revised higher, according to data released on Tuesday, the latest report to show the property market rebounding from last year’s government-induced slowdown. 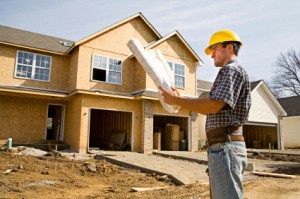 The Canadian dollar rose from its lowest level in almost two years before a report Tuesday forecast to show the pace of home construction in June stayed above the year-to-date average for the second month in a row.

The seasonally adjusted annualized rate of housing starts was 199,586 units in June, according to data from the Canadian government’s housing agency. Analysts polled by Reuters had expected 187,000 starts in June.

The Canada Mortgage and Housing Corp also revised May starts higher, to 204,616 from the 200,178 originally reported.

The latest data come exactly one year after tough new mortgage rules aimed at cooling the market came into effect. Canada’s Conservative government tightened the rules in a bid to prevent a possible housing bubble.

Those rule changes, the government’s fourth such crackdown since the financial crisis, succeeded in dampening housing market activity.

But after nearly a year of cooling sales and concern that Canada could have a U.S.-style housing crash, demand has roared back in key markets, helped by borrowing costs that remain near historic lows.

“Canada’s housing market continued to defy the skeptics in June, not to mention Mother Nature and a bout of labour market unrest,” BMO Capital Markets economist Robert Kavcic said in a note to clients. 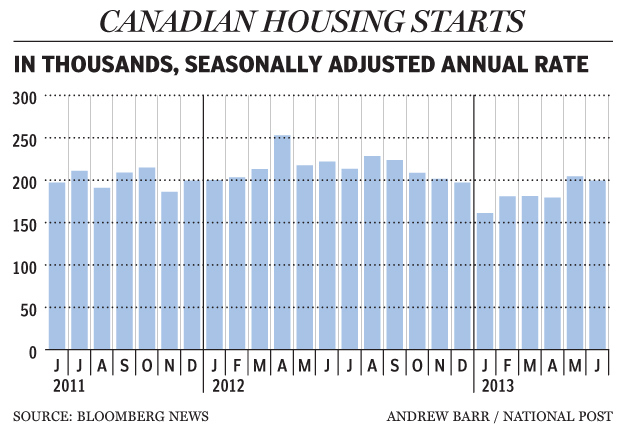 The data on Tuesday showed starts of single urban homes decreased by 4.1% to 62,743 units in June. Starts in the multiple urban starts segment, which includes Toronto once-booming condominium sector, decreased by 2.0% to 114,342 units.

Urban starts increased in the west coast province of British Columbia, but fell in all other regions, including Atlantic Canada, Ontario and Quebec.

The report suggest homebuilding was likely a mild contributor to second-quarter economic growth, rather than a drag, said Emanuella Enenajor, an economist with CIBC World Markets.

“We still see housing slowing in later quarters, although that softening will likely be deferred until late 2013 and 2014,” she said in a note.