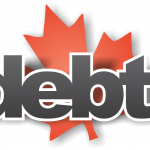 Contrary to all the hype about consumer debt levels, Canadians are actually paying off their debts at a faster rate than the Bank of Canada estimates, says Canadian Imperial Bank of Commerce economist Benjamin Tal.

Indeed, he says consumers are being quite responsible in the face of extremely tempting low interest rates. True, they are still spending a lot, but they’re using less credit than normal.

A prime example is homes. There has been a decoupling since the financial crisis between housing sales and mortgage activity, Mr. Tal found. Unit sales have kept up, but growth in mortgage credit hasn’t.

“Unit sales are still running at a pace of between 35,000 and 40,000 per month,” Mr. Tal writes in a research note released Wednesday. “But if in the past this level of activity required a double-digit rise in mortgages outstanding, today it is supported by less than half that pace.”

Part of the reason for this is that people are increasingly paying back principal. “Taking advantage of low rates, an estimated 30 per cent to 40 per cent of households with mortgages now accelerate payments in a way that de-facto shortens their amortization,” Mr. Tal writes. Between 40 to 50 per cent of borrowers are estimated to face an amortization period of less than 20 years “and it shows,” he adds. “Over the past year principal payments rose four times faster than new mortgages. Today, for every mortgage dollar taken, a record high 90 cents of principal are being paid back.”

The amortization period is important. The Bank of Canada bases its estimate of the mortgage debt service ratio on the assumption that the average amortization period is 25 years. Mr. Tal suggests that in the current environment the average is probably closer to 20 years. If he’s right, that means that Canadian households are making $11-billion more in principal payments per year than the bank’s official estimate.

That could mean that we don’t have to worry quite as much as we have been about the impact of rising interest rates.

“That extra cushion is sufficient to absorb the first 100-basis-point increase in the effective mortgage rate, with households simply re-amortizing to offset the payment increase,” Mr. Tal says.

That certainly doesn’t mean we shouldn’t worry at all, as some people are still vulnerable. And, Mr. Tal notes, there’s still time for the risks to rise between now and a rate hike.

“So far, it appears that not only have many households resisted the temptation of low rates but, in fact, they used those rates to pay down debt at a rate not seen before. But it is not over yet. The Bank of Canada is determined to keep low rates for as long as possible – further testing the willpower of Canadians,” he concludes.