Most Canadians believe they are knowledgeable about tax-free savings accounts, but 89 per cent don’t know what can go in the accounts and 81 per cent are unaware of the annual contribution limit, according to a Bank of Montreal study. 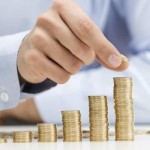 In fact, cash is the most commonly held asset in TFSAs, followed by mutual funds and guaranteed investment certificates, the bank said in a statement.

The study found that 48 per cent of Canadians now say they have a TFSA, more than double the 23 per cent reported in 2012. On average, they plan to contribute $3,625 to the accounts this year.

About 55 per cent of those polled in Alberta have a TFSA, with the Prairies and British Columbia at 53 per cent each. The number is smallest in Atlantic Canada, at 34 per cent.

The accounts are most often used as a way to save for retirement and as an emergency source of funds. One in ten TFSA holders have over-contributed since opening an account, the report showed. Only 11 per cent correctly identified all six types of investments that are eligible to be held within a TFSA.

Sandi Martin, a fee-only financial planner with Spring Personal Finance based in Gravenhurst, Ontario, said the nature of TFSAs as a tax designation instead of an investment type is confusing to clients. “It’s even more difficult for the average person to hear ‘Tax Free Savings Account’ and not assume that the only thing you can hold in it is cash.”

In her opinion, fixed income investments that pay interest are the best thing to hold in a TFSA because “that kind of investment income doesn’t get the same kind of tax breaks that capital gains or Canadian dividends do.”

TFSAs let Canadians earn tax-free investment income. There is no minimum contribution required to open an account and no tax on funds that are withdrawn, the bank pointed out. The federal government recently raised the 2013 annual contribution limit for a TFSA from $5,000 to $5,500.

The survey polled 1,023 adults between November 29th and December 5th with a margin of error of about 3 per cent.