Chill out, retirement pessimists: Should we worry about seniors living in poverty?- Consult with a Vancouver Mortgage Broker

The best of the web on money, markets and all things financial, as chosen daily by Globe and Mail personal finance columnist Rob Carrick. 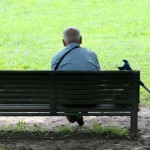 Chill out, retirement pessimists
Some perspective can be found here on the debate about how badly prepared Canadians are for retirement. The poverty rate among seniors has fallen drastically since the late 1970s, although it has moved up a little recently.

Should we worry about seniors living in poverty?

The truth is few Canadians spend their senior years worried about basic living expenses. This has been lost in the retirement income debate.

One in five Canadians is worried about being able to cover basic living expenses in retirement. I reported this to audiences in Regina and Saskatoon last week, where I was invited to present the findings of our Sun Life Unretirement™ Index. But while it’s true that 22% told us that they are “not at all confident” about their ability to cover these expenses — and while it’s also true that another 49% said they are only “somewhat confident” — these Canadians are almost certainly more worried than they need to be. Despite the sometimes-overwrought debate about Canada’s retirement income system, we live in a country considered a world leader in the fight against senior citizen poverty. We have made tremendous progress on this front, thanks largely to the Canada Pension Plan (CPP), Quebec Pension Plan (QPP) and Old Age Security (OAS) programs.

I don’t mean to suggest that there aren’t ways to improve the retirement income system. I’m just saying we owe it to one another to be clear about the fact that few Canadian seniors live in poverty.

More on CPP and OAS in a moment.

We saw these numbers begin to fall in the late 1970s, because that was when the first Canadians began receiving full CPP benefits. The rate fell further as members of workplace plans — which grew in number during the 1950s, 1960s and 1970s — began to retire.

Certainly it is worrisome that the LIM rate has risen since 1995. Still, the Organization for Economic Co-operation and Development (OECD) ranks Canada third-best among OECD countries in terms of providing seniors an adequate standard of living. In most OECD countries, the poverty rate is highest among children and seniors. Working-age citizens tend to have the lowest poverty rates, in percentage terms. It’s a different story in Canada, where the lowest percentage is among the elderly. We can thank CPP/QPP and OAS for much of this.

Working Canadians contribute to CPP and QPP with help from their employers. They pay out retirement, disability and death benefits to eligible recipients. A couple of specifics:

OAS and the Guaranteed Income Supplement (GIS) are available to eligible Canadians regardless of their past or present employment status. Canadian residents quality if they’re 65 or older, a Canadian citizen or legal resident and they’ve lived in Canada for a minimum 10 years since turning 18. Non-residents qualify if they’re 65 or older, they were a Canadian citizen or legal resident before leaving the country and they’ve lived here at least 20 years since turning 18.

OAS benefits change each quarter. The maximum monthly OAS pension amount in Q2 2013 was $546.07. Depending on your income, an amount (up to 100%) of your OAS pension may be clawed back. Low-income Canadian residents are also eligible for the GIS. In Q2 2013, the top monthly GIS payout was $740.44. Visit this Government of Canada web page for details on OAS and GIS payments.

These are only high-level details, of course. For more information, visit these government web pages on CPP,QPP and OAS and consult a financial advisor.