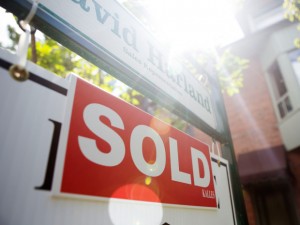 Since 2008 and the height of the financial crisis, the federal government has been active from a policy perspective in making sure that the housing market does not overheat or enter what some describe as a “bubble.”

The Canadian housing and mortgage markets receive extensive attention by economists, analysts and the media. The purchase of a home after all is the largest financial commitment that an individual will make in his or her lifetime.

Since 2008 and the height of the financial crisis, the federal government has been active from a policy perspective in making sure that the housing market does not overheat or enter what some describe as a “bubble.” It has done this for two reasons. First, interest rates have remained stable, indeed at record lows, for five years. Rising interest rates would in and of themselves moderate housing activity. This variable is absent.

But secondly, the government is concerned about its exposure to the real estate finance system. Or, to be more political, the exposure of the Canadian taxpayer to the housing market. In a way, this does not have anything to do with whether the housing market is up or down or whether resales have hit a record high or a record low. It has to do with the role of the federal government in backing various financial mechanisms that support the mortgage market. It wants to reduce its exposure in the mortgage market and, by extension, to increase the role of the private sector. In the last 12 to 18 months the federal government has:

• Excluded the ability of lenders to insure covered bonds;

• Revamped the governance of CMHC by having government Deputy Ministers placed on  its Board and having the federal financial regulator OSFI oversee its operations.

The government is limiting its exposure and its involvement

Some argue these measures are tied to slowing the housing market. In some ways, that is the by-product. The real result is that the government is limiting its exposure and its involvement — capping its appetite for risk. If the government wanted to slow the housing market it would have also capped the amount of mortgage default insurance that the two private sector competitors to CMHC provide. It did not do that. Instead it increased that amount by $50-billion.

The federal government wants a healthy housing market. While we are all concerned about household debt levels, the government also appreciates the enormous economic impact housing has in terms of jobs and tax revenues. Indeed, new home sales in some markets such as the GTA are at record lows.

The right balance needs to be found. What the government wants is not necessarily to limit the size and scope of the mortgage market. Instead, it wants to have the private sector take on more of a role and share the risk, to expose or utilize its capital first. It is a clear mortgage policy.