TORONTO • Foreign ownership in the housing market has become a bit of a bogeyman for people who fear a real estate collapse, so Canada Mortgage and Housing Corp. set out to identify whether it really is an issue. 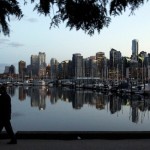 Some pockets of the country now have as much as 6.9% of condominium apartments foreign-owned, according to a survey from Canada Mortgage and Housing Corp. on the rental market. Read more Now that the results are in, there’s just one problem: Few people believe them. The Crown corporation Tuesday published the first statistics on foreign ownership, based on its semi-annual rental survey. In the the 11 major markets tracked, there was a broad range, from a high of 2.4% in Toronto and 2.3% in Vancouver to a low of only one-tenth of a percentage point in several cities.

It found to find some pockets of the country, certain parts of Montreal, for example, had Canada’s highest concentration of rental condos under foreign ownership — at 6.9%.

“This is the first time we’ve done anything like this so it’s hard to draw too many conclusions,” said Bob Dugan, chief economist with CMHC. “It’s a pretty good first measure, especially because condos are a pretty good way to capture foreign investors. We’re not trying to say it’s an exhaustive measure of foreign activity. It is a data gap and people are concerned about it. So our approach is if we have one of pieces of the puzzle, let’s put it out there.”

CMHC did find there was a larger concentration of foreign ownership in downtown pockets of Canada’s three largest cities. The survey found that downtown Montreal and Nun’s Island had a foreign ownership rate of 6.9% to lead the country. Vancouver’s Burrard Peninsula had 5.8% penetration, while in Toronto’s core it was 4.3%.

To comprise its data, CMHC asked property managers to provide information on the total number of condo apartment units owned by people whose permanent residence is outside of Canada.

Related Tracking foreign buyers in Canada’s housing boom: Can we do it? Should we even care? Subprime lending market in Canada skyrockets to record as banks tighten reins CMHC to hike issuer fees and mortgage rates could follow The move came after the Crown corporation was criticized for conducting a survey of the Toronto and Vancouver condo markets that left out the all-important foreign ownership question. CMHC’s president, Evan Siddall, has committed to erasing some of the “data gaps” relating to ownership by non-residents,

“I think it’s better to say something, if you know something, than nothing at all and wait for the perfect answer,” said Mr. Dugan.

One of the general fears of foreign ownership is that a sudden sell-off of condominiums by non-residents, driven by events outside of Canada, could trigger a collapse in the sector.

Brad Lamb, a developer with projects in Toronto, Edmonton, Calgary and Ottawa, said the numbers produced by CMHC don’t come close to what he sees in his sales office.

“I don’t think the number is accurate and there is no way you can get a true reading on [foreign ownership] unless you mandate everyone to come out and disclose what they own,” said Mr. Lamb. “It’s a silly statistic. What they have produced has zero value.”

Mr. Lamb said the concern is misplaced because the foreigners buying real estate today have their money parked in Canada because they want an investment in a stable climate. He added foreign investment has helped create demand in the condo sector and keep it strong.

There is little doubt that condos, which foreigners have been buying, are a key component of the rental market in Canada. In the markets surveyed by CMHC, rental condo units totalled 216,007 of the total 1,286,148 apartments, with the share is growing.

Benjamin Tal, deputy chief economist with CIBC, said foreign ownership levels in the condo market would probably be higher, depending how the investment is calculated.

“Is it a pure foreign investment? They are talking no connection whatsoever to Canada. No family member here. Nothing,” said Mr. Tal, adding in many cases you have someone living here with the money coming from abroad. “The number is higher, if they include that.”