CMHC could force banks to pay deductibles on mortgage insurance

The Canada Mortgage and Housing Corp. is looking at a new formula to push some of its losses on to financial institutions, essentially forcing them to pay a deductible on mortgages insured with the Crown corporation before claims are paid, according to sources. 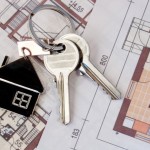 uperintendent of Financial Institutions is involved in discussions with CMHC, which it oversees, while the Canadian Bankers Association is said to be against the measure.

“The CBA has ongoing discussions with CMHC about a variety of issues in the mortgage and housing markets,” said Maura Drew-Lytle, a spokesperson for the CBA, in an emailed statement. “The International Monetary Fund made a really vague reference to the notion of a mortgage insurance deductible in its Financial Sector Assessment report on Canada, but you would have to speak to CMHC about whether or not it is an idea that they are considering,”

A spokesman for CMHC would not comment. OSFI could not be reached.

“The idea is being floated around right now,” said a senior industry source, who asked not to be identified. “What they are trying to do is make sure lenders have some skin in the game.”

Any implementation might not happen for at least a couple of years while the amount of the deductible is still open to consideration. It’s likely to be in a range of 5% to 10% of a mortgage.

Canadians with less than a 20% down payment on a home must get mortgage default insurance when borrowing from a financial institution regulated by Ottawa. Those consumer loans, which are insured and ultimately backed by the federal government, are often securitized and then sold to investors.

The insurers guarantee the full and timely payment of principle and interest. If say a $100,000 loan in a securitized pool goes bad and, ultimately the bank can only recoup $70,000 of that loan, the insurer is responsible for the remaining $30,000.

Related CMHC sees amount of mortgages it insures shrinking this year amid tighter housing market rules CMHC cutting back on what it covers with mortgage default insurance How to invest in real estate — no matter what the market does “They are structured so the lender is compensated for missed principle and interest and any legal and settlement costs,” says Finn Poschmann, director of research of with C.D. Howe Institute, about the current situation. He says the average recovery rate on defaults is usually about 70% of the mortgage.

“The idea is you could design a mortgage insurance product that has a deductible in it,” said Mr. Poschmann.

CMHC, which controls a majority of the market, has been reviewing its operations since new chief executive Evan Siddall, a former investment banker, took over last year. The Crown corporation has been scaling back its in-force insurance while it no longer insures second homes.

Mr. Poschmann says like any other sort of insurance, a higher deductible could mean a lower premium. But mortgage insurance premiums on high-ratio loans in Canada are paid by the consumer.

“There is nothing in principle wrong with having a range of mortgage insurance options in the marketplace. We should be clear if a deductible were a standard feature of residential mortgage insurance, the terms will tighten from a lender’s point of view but there would be downward pressure on premiums,” he said.

Peter Routledge, an analyst with National Bank Financial, said any move to charge a mortgage deductible would fit in with the overall tone CMHC has taken in recent months.

What they are trying to do is make sure lenders have some skin in the game “It would be consistent with reducing the CMHC’s tail risk,” said Mr. Routledge, noting it would only be possible to implement with future policies.

He questioned whether consumers would see any reductions in premiums even though the banks would be paying a deductible.

All of the mortgage insurers, including private entities Canada Guaranty and Genworth Canada, raised fees May 1. For those consumers with a 95% loan to equity, the fee jumped from 2.75% to 3.15% of the value of a mortgage. CMHC said the increase reflected the need for it to reach higher capital targets.

Mr. Routledge said the changes would drive up the costs for the banks because they would have to keep more capital on hand and that could mean higher mortgage rates for consumers to cover the shortfall. “But it’s a very competitive marketplace, so it’s plausible the market could absorb that,” he says.

“You have the risk of the lender going bad versus the government of Canada,” said Mr. McLister, noting CMHC is backed 100% by Ottawa while the deductible would have to be covered by a private bank.

If you use any systems that run Unix, Linux, or Mac OS X, there is bad news. A rather nasty bug has reared its head, and exploits are already in the wild BlackBerry Passport may grab headlines, but this lower-profile product is winning the most praise

Blend lets users seamlessly bridge messaging and content between devices irrespective of operating systems, which could be key to BlackBerry’s enterprise strategy Making salaries public: The financial equivalent of leaking nude selfies, or a way to build trust?

In our imaginations, nobody is paid what they’re worth, and that might make it tough to get revved up for work CRTC should let market decide because TV pick-and-pay proposal is ‘deeply misguided,’ warns CD Howe

Major Canadian think tank says given the technological revolution, proposals to mandate channel choices are an exercise in futility Think your property taxes are high? Try being a commercial landlord

Toronto, Vancouver, and Montreal continue to post the highest commercial to residential tax ratios, all in excess of 4:1, according to the Real