CMHC to hike issuer fees and mortgage rates could follow

Canada Mortgage and Housing Corp. is tripling the fee it charges some financial institutions to guarantee loans in the mortgage-backed securities market, a move that could end up costing consumers more, the Financial Post ha 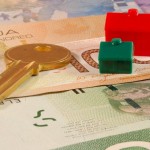 The move appears to be aimed at the government’s stated goal of reducing its role in the mortgage insurance market but it just might have the added benefit of applying a bit more in the way of brakes to the housing market, which the Bank of Canada said this week might be as much 30% overvalued.

Rob McLister, the founder of www.ratespy.com, said there’s little doubt in his mind that the changes will end up costing new home buyers and estimates it will mean about $600 on a typical first-time buyers’ mortgage of $250,000.

Related Pay off your mortgage or invest? How to figure out what’s best for you Great news coming if you’re renewing a mortgage, you’re about to save money ‘I did mess up’: Even the experts admit mistakes on picking a mortgage “There is no question this is going to increase mortgage rates for consumers, all other things being equal. This is a direct cost to the issuers of mortgage-backed securities,” said Mr. McLister, adding it could mean a jump of as much as 10 basis points on a five-year closed mortgage. “Sure, it might not stop people from buying houses but it is money coming out of people’s pockets.”

Among its many roles, CMHC also operates the mortgage-backed securities market under the National Housing Act. Under the program, CMHC guarantees timely payment of principal and interest on NHA MBS issued and backed by pools of eligible loans, charging a fee for that service.

The Crown corporation told issuers this month it will dramatically raise those rates. On mortgages with maturity in the five-year range range, the fee will jump from the current .20% of the value of a mortgage to .60% for annual guarantees that exceed $6 billion from a financial institution. The fee only increases to .30% for annual guarantees below $6 billion — a move that might benefit some smaller lenders.

The moves are effective April 1. “These changes are being made in support of the government’s efforts to enhance the Canadian housing finance framework by encouraging the development of alternative funding options in the private market,” CMHC said, in a notice to issuers.

Ottawa backstops close to $1 trillion in mortgages and the government, dating back to late finance minister Jim Flaherty, has indicated it wants to slowly reduce its exposure to the housing market.

Evan Siddall, president of CMHC, has signalled a move to scale back the federal government’s exposure and confirmed in a discussion at the Canadian Club in October that CMHC continues to study the idea of the banks having some sort of deductible in the event of mortgage defaults.

The latest fee increases are probably not directly aimed at slowing down the market, despite the concerns raised by the Bank of Canada, said Benjamin Tal, deputy chief economist with CIBC. Bank of Canada governor Stephen Poloz said Wednesday there is risk a shock to the economy could trigger a correction in prices that may be overvalued from 10% to 30%.

“This isn’t part of slowing down the market,” said Mr. Tal, about the latest changes at CMHC. “It would be a nice derivative but it’s an effort to lower the size of CMHC relative to the size of the market. What you are seeing from CMHC is that instead of taking one big step, they are taking baby steps.”

Ottawa has made a number of changes to mortgage rules during the housing boom to cool the market and limit its exposure, one being lowering amortization lengths from 40 years to 25 years.

Peter Routledge, an analyst with National Bank, said it’s not one single change that illustrates the transformation at CMHC.

“They don’t want to do anything dramatic that upsets the housing market, that’s bad for everyone and worse for the government because they hold the credit risk,” said Mr. Routledge, who notes when you look at market over six years you see the changes. “It has prevented a more excessive build-up of household credit.”