TARA PERKINS- The Globe and Mail 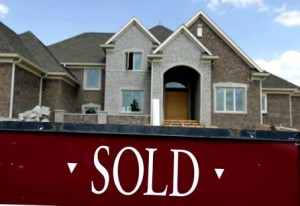 mortgage-backed securities. The measure comes amid the federal government’s efforts to protect taxpayers from financial risks in the housing sector, further cool lending and add upward pressure to mortgage rates.

The Crown corporation has notified banks, credit unions and other mortgage lenders that they will each be restricted to a maximum of $350-million of new guarantees this month under its National Housing Act Mortgage-Backed Securities (NHA MBS) program. The decision comes in the wake of “unexpected demand” for the guarantees, a spokeswoman for CMHC said in an e-mailed statement.

The conversion of loans into securities with CMHC backing has become a popular way for lenders to tap funds from a broad range of investors, enabling banks to issue more mortgages and at a lower cost.

Federal Finance Minister Jim Flaherty, concerned that Canada’s housing market might overheat and infect the economy, has been taking steps to cut back the flow of mortgage credit. This spring, he went as far as to publicly chastise some banks for dropping their mortgage rates too low.

He is also taking steps to reduce the degree to which taxpayers backstop the housing market.

This year, he announced he would restrict the ability of banks to buy bulk insurance from CMHC, and he curtailed the use of government-backed insurance in securities sold by the private sector. Ottawa released a legal framework for covered bonds, another type of bond backed by pools of mortgages, last year. It said banks could not use insured mortgages in such securities.

In addition to removing fuel from the housing market, these moves force banks and other lenders to take on more of the risk of mortgage defaults, rather than offloading that risk to Ottawa.

Canada’s housing market slowed in the wake of the government’s moves, namely Mr. Flaherty’s decision last summer to tighten mortgage insurance rules. Still, prices in most areas continued to climb, and sales have begun to bounce back.

“The government is attempting to tighten credit conditions for home loans, for example the changes to CMHC’s underwriting standards last year, and this is the latest iteration of that effort,” said National Bank analyst Peter Routledge.

He said that the four largest mortgage underwriters, Royal Bank of Canada, Toronto-Dominion Bank, Canadian Imperial Bank of Commerce and Bank of Nova Scotia, had made good use of the NHA MBS program “and I expect that their funding strategies will change as a consequence.”

“Given the differentials in funding costs via NHA MBS or unsecured long-term funding, I could see [an additional] 20 to 65 basis points in the cost of funding mortgages for the larger banks,” he said. “All else equal, we could see mortgage rates start to move up in unison.”

At the start of this year, after consultations with CMHC, Mr. Flaherty said the Crown corporation could guarantee a maximum of $85-billion worth of new NHA MBS this year. By the end of July, lenders had already issued $66-billion worth of the securities, compared to $76-billion during all of 2012. As a result, CMHC is imposing the $350-million cap on each issuer effective immediately, while it comes up with a formal allocation process this month that it will put in place for the final four months of the year.

The Crown corporation guarantees timely payment of interest and principal to investors in both types of securities, and charges the banks a fee for the service.

On its website, CMHC states that “MBS [have] helped to ensure a ready supply of low-cost funds for housing finance and to keep mortgage lending costs as low as possible for homeowners.”

The amount of NHA MBS being issued shot up during the financial crisis, as banks sought cheaper sources of funds to continue lending mortgages. The securities are backed by pools of insured mortgages, and investors receive monthly principal and interest payments that stem from the payments homeowners make on the underlying mortgages. Banks sell the securities to investors, or to be used in the Canada Mortgage Bond program.