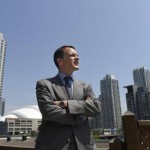 The head of Canada Mortgage and Housing Corp. is shifting the priority of the mortgage insurer to helping Canadians buy homes they need, not the bigger, pricier homes they might want.

Chief executive officer Evan Siddall said in an exclusive interview that his first six months on the job have been focused on building an organization that will be more flexible and transparent, one that will do more to emphasize its social housing role and less to subsidize the banks. And one that will only help Canadians purchase homes they need. That will result in fewer and smaller new insurance policies, and will stem the risk to Canadian taxpayers of losses at CMHC should the housing market slump.

“We help Canadians meet their housing needs, not exceed them,” Mr. Siddall told The Globe and Mail’s editorial board, as he outlined the mandate that will guide his time at the helm of the mortgage insurer.

It’s a return in direction back CMHC’s roots, after a period in which it was accused of stoking the housing market. CMHC is the country’s dominant seller of mortgage insurance, which essentially reimburses lenders if a borrower defaults on a mortgage. The insurance is mandatory any time a federally-regulated lender sells a mortgage to someone who doesn’t have a down payment of at least 20 per cent. While the banks are technically responsible for paying the insurance fees, in practice they pass them on to home buyers.

Mortgage insurance reduces the risks to the banks, encouraging them to lend more, and making it easier and cheaper to obtain mortgages.

The Crown corporation was created in 1946 to help returning war veterans buy homes, but it has grown to become the size of one of Canada’s biggest banks. Over the past 10 years CMHC has at times dabbled in backing 40-year mortgages with no down payment, mortgages on second homes, mortgages on homes worth seven figures, and loans for condominium construction. But it has been recently scaling back amid fears of taxpayer exposure to the housing market

CMHC has an explicit government guarantee, leaving taxpayers on the hook if things go sour. Mr. Siddall said he does not believe the housing market is in dangerous territory, but even so, managing risk for taxpayers is a “sacred obligation.”

In recent months, the insurer has rolled out a string of changes that have underlined the shift in emphasis, including eliminating insurance for second homes and all individual insurance on homes over $1-million.

“The first thing we did as an executive group is we spent a lot of time thinking about our purpose,” said Mr. Siddall, a former investment banker at Bank of Montreal and Goldman Sachs & Co., who also worked as a special adviser to former Bank of Canada governor Mark Carney.

Mr. Siddall is continuing the direction that was set for the organization by former finance minister Jim Flaherty, who started pulling the government’s backing for homes priced over $1-million two years ago. But he is also putting his own stamp on CMHC at a time when current Finance Minister Joe Oliver has said he plans to take a less active role in the housing sector.

“We manage the government’s exposure to the tail risk of a housing crisis,” Mr. Siddall said. “And we do that with taxpayers’ money. That’s a sacred obligation and a core obligation of what we do.”

He added that the Crown corporation is choosing to cut its own risks. “There has been speculation that these changes have been imposed on us by Finance. That’s not true,” he said. “In fact, my first meeting with the Minister of Finance won’t be until later this week.”

That’s not to say there hasn’t been interaction with government, which recently placed the deputy minister of finance on CMHC’s board. Ottawa has been working to stem the growth of CMHC because it has racked up massive taxpayer exposure to the housing market, and some of its products have helped to fuel house prices.

Mr. Siddall said the Canadian market is “modestly overvalued” but he believes that there will be a soft landing, meaning a gradual petering out as opposed to any crash in prices.

“If prices continue to grow, all things being equal, we would be worried,” he said. “But we are not concerned right now about the level of prices or the level of activity in the housing market.”

Sales of existing homes in Canada sprang to life in May, rising 5.9 per cent from April, according to the Canadian Real Estate Association (CREA). That’s the highest month-to-month increase in almost four years, and was much higher than economists expected.

“The housing market remains remarkably resilient,” Bank of Montreal economist Benjamin Reitzes said in a research note. “As long as rates remain at rock-bottom levels, housing isn’t like to weaken much, if at all.”

While sales slumped through the cold winter months, price growth has continued to be relatively strong. CREA said Monday that it now expects the national average home price will rise 5.7 per cent this year to $404,300. In March it was forecasting a 3.8-per-cent increase to $397,000.

While the current prices don’t concern Mr. Siddall, he said the organization is worried about consumer debt levels.

“We are concerned about the elevated level of Canadian consumer indebtedness,” he said, adding that it removes consumers’ ability to withstand an unforeseen event.

During the meeting with The Globe, he emphasized the importance of CMHC’s basic role in the market, while acknowledging that more should be done to shift risk back to the banks and the private sector. His comments come amid criticism from groups such as the Organization for Economic Co-operation and Development (OECD), which argued in a report about the state of Canada’s economy last week that the government should consider privatizing CMHC’s insurance activities.

“People like the OECD, when they wonder about our model, kind of miss the memo about the role CMHC can play,” Mr. Siddall said. “Now, we [do] have a responsibility to attend to how large that should be.”

The OECD also called for changes to the system to ensure lenders take on more risk for home loans. It noted that in other countries with mortgage insurance, the insurance tends to cover 10 to 30 per cent of the losses, rather than 100 per cent, and suggested imposing a deductible.

The concept of a deductible is a “pretty good idea,” Mr. Siddall said, although it would take some time to be put into practice in Canada.

Finance Minister Oliver said Monday that the idea of having CMHC insure only a portion of mortgages, rather than the entire loan, is one that could be looked at. Mr. Oliver said he would like to see the private sector mortgage insurers take a larger share of the market and that when it comes to taking further steps to reduce risk, “the specific decisions taken by CMHC will be their decision.”

When it comes to CMHC’s large securitization arm, which essentially packages up mortgages and sells them as bonds or helps banks sell them, Mr. Siddall said he’s worried that it’s a low-cost form of wholesale funding for the institutions and “that means we’re subsidizing banks. … And that is something that over time we should address.”

It’s too soon to say how, he added. “We’ve got to make sure we do it in a way that’s supportive of markets, that we do it in consultation with banks so that we don’t disrupt their businesses,” he said.

With files from reporter Bill Curry in Ottawa