The cost of mortgage default insurance is about to go up for most consumers after competitors moved quickly to follow Canada Mortgage and Housing Corp.’s decision to raise premiums. 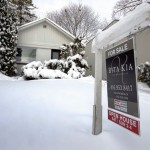 The Canadian Real Estate Association has predicted that the national average price for a home will be $391,000 this year.

But it’s hard to compare how far your buck will go in Canadian cities using that figure, since the average prices at year’s end are so very different: $785,574 in Vancouver and $320,693 in Montreal, for instance. So we’ve found a round figure in the middle and asked, what could approximately $500,000 have bought homebuyers in various markets across the country? Read on to find out.

The federal agency announced Friday it is increasing premiums across the board, effective May 1. The change does not impact existing homeowners and is expected to raise up to $175-million for CMHC.

CMHC said in a conference call with journalists to discuss the premium change that it should cost the average Canadian about $5 per month on their mortgage.

Canadians must buy mortgage default insurance if they have less than a 20% downpayment and are borrowing from a financial institution covered by the Bank Act. The insurance covers banks in the event of default and is ultimately backstopped by the federal government. There is close to $1-trillion backed by Ottawa, including private players.

CMHC controls about 70% of the mortgage default insurance market in Canada with private players Genworth Canada and Canada Guaranty holding the rest.

Genworth announced it too would raise premiums across the board by an average of 15%. Its increases will take effect May 1 too.

“All three insurers have the same standard premiums today. By the time CMHC hikes its fees in May, I suspect the privates will have announced matching increases,” said Rob McLister, editor of Canadian Mortgage Trends, before Genworth matched the hike. 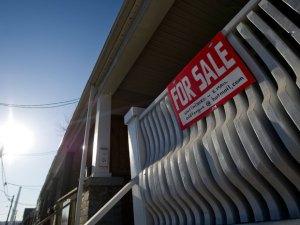 A key issue will be whether the hike, it’s only 10 basis points for mortgages that are 65% loan to value, leads to people trying to buy ahead of the increase.

On the call with journalists, CMHC officials indicated they didn’t expect any of this so-called front-running to happen. However, when mortgage rates were set to climb, consumers did try to buy early to beat the increase — albeit interest increases have a far greater impact on consumer costs.

Finn Poschmann, vice President, research with the C.D. Howe Institute, said he thinks the increase will lead to a jump in sales ahead of the May 1 price change. “As a share of closing costs, it is a pretty big hit,” said Mr. Poschmann. “On a monthly basis it’s not that much. The change goes by the application date not the closing date so even if you are going to be closing a couple of months later, you are facing an incentive to get the mortgage application in.”

He applauded the change because it means CMHC is operating in a more professional manner.

“This is much better risk management and risk pricing,” said Mr. Poschmann. “And it is a sensible, scaled increase in premiums for rising loan to value ratios.”

Last year, the federal government announced that CMHC would fall under control of the Office of the Superintendent of Financial Institutions. Then in late 2013 it announced it had brought in a former investment banker, Evan Siddall, to run the Crown corporation.