The rental housing market has “passed it peak” but condominium investors can probably rest easy because vacancy rates will only edge up slightly, says a new report. 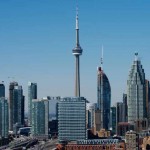 A new report on the condo market says despite the huge influx of supply, rental rates should remain relatively strong — all good news for condo investors.

Canada’s luxury housing market has already been impacted by changes to immigration policy and could be in for rougher times as foreign investors are lured to the United States. Read on

CIBC says all those real estate bears waiting for the property market to crash may be out of luck.

“Canadian real estate bears are patient. For more than half a decade they have been waiting for the inevitable crash in the Canadian housing market, only to be disappointed by a defying market,” said Benjamin Tal, deputy chief economist of CIBC, in the report. “The market will be tested by higher interest rates. But as things stand now, those bears will have to continue to wait as interest rates are likely to remain low well into 2015.”

CIBC says despite the fact Toronto has 64,000 condo units under construction — up to half of them could end up rented out — it doesn’t expect that to have a significant impact on rental rates. The report estimates Toronto will see about 11,500 new rental units per year, about 1,000 more than are needed based on household growth. He suggests an analysis of the Vancouver market reveals very similar results.

“Such excess supply will raise vacancy rates in the condo space by an estimated 0.3% to 0.4% in both cities in the coming years,” says Mr. Tal. “That is not large enough a damage to derail the market or lead to a substantial softening in rental inflation.”

The other determinant of rental rates is demand and the report says growth for rental units has probably peaked from levels reached in 2012 and 2013.

Mr. Tal suggests the real challenge for investors in the coming years will be higher financing or opportunity costs as mortgage rates eventually rise. Five-year fixed rate mortgages have headed back to about 3% as bond yields have dropped in the past few weeks.

He suggests while there will be a correction but it will be “much gentler” than what is feared by some. That fear is based on a view the the increase in supply of rental units will flood the market and force investors to sell in a panic.

“Our assessment of demographically-driven demand for rental units reveals a market that has passed its peak,” said Mr. Tal. “Vacancy rates will probably rise in the coming years and rent inflation will ease. But a careful analysis of the magnitude of the projected supply/demand mismatch suggests a much gentler adjustment than feared by many.”