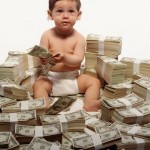 Some people are lucky enough to be born to well-connected families with vast fortunes, leaving those of us who rely on our wits and hard labour with rigid attitudes about the type of kids who benefit from trust funds.

Lately, the practice of leaving large inheritances may be increasingly falling out of favour – at least for celebrities.

Concerned about potentially ruining the lives of his six adult children, British musician Sting has been vocal about his decision not to share his estimated $300-million fortune. According to reports, the late actor Phillip Seymour Hoffman rejected his accountant’s suggestion to leave a portion of his $35-million estate to his children because he didn’t want them to be “trust fund kids.”

“For a lot of very wealthy individuals, and I’ve dealt with them a lot in my career, their biggest stress is, ‘Am I going to wreck my kids? Am I going to take the incentive away from them to earn a living and to be a productive member of society by even setting up a trust fund for them?“’ says Cindy Crean, a managing director at SunLife Financial Global Investments in Toronto.

But a trust fund can be the right decision in certain circumstances, said Crean, even for average income earners.

A trust is usually set up to provide financial security for children or other family members. It can contain a number of assets beyond cash and mutual funds, such as property. Trusts function differently than bank accounts, as the assets are deposited at once and beneficiaries usually only gain direct access when they reach adulthood. They also differ from wills as they aren’t subject to probate.

Trusts were traditionally used by high net-worth families as a hedge to protect relatives from the fallout of potentially ruinous life choices such as divorces, business ventures and court cases.

“Family trusts are a great example of that,” he says. “If you have kids 1 / 8or grandkids 3 / 8 in private schools or heavily involved in sports or other activities that are very costly, a trust can be used to fund those activities and provide the income to that individual at a more favourable tax rate than just simply giving the money.”

Parents may also want to look into one as an option to practice income-splitting with children over the age of 18, he adds.

A time-honoured method of asset protection, trusts can play a critical role in planning for children with disabilities that may hinder their ability to provide for themselves as adults.

“A lot of people don’t think they have a lot of money but, let’s say, you have husband and wife or partners who own a house and have some insurance, for example, and something happens to both of them…there would probably be more money than they think. So you really have to think that through, and think what would fall into your estate, into your kids’ hands, if something were to happen to both of you. There may be more money than they think,” says Crean.

But how to prevent your beneficiaries from blowing it all?

“It takes careful thought,” says Crean. “That’s where it’s really important to sit down with an estate planning professional, a lawyer who has experience in estate planning and talk to them about what your wishes are, what your concerns are, and they can help you to draft up an appropriate trust, be it a trust that you set up while you’re alive or a trust that you set up through your will.”

The way the money is distributed depends on the type of trust and the conditions set out, she adds.

Testamentary trusts are incorporated into wills and prevents your beneficiaries from accessing the money until after your death. An inter-vivos trust is considered “a gift” and allows beneficiaries to access the fund while you are still alive.

An incentive trust may be the best option for people concerned about children or grandchildren’s spendthrift ways. Beneficiaries will only see a pay out if they earn a degree, for example. Or, alternatively, “For every dollar that they earn, the trust will pay them a dollar. So they have to be earning money before they get any money from the trust,” says Crean.

It all comes back to what you teach your kids while you’re alive, she notes.

“No trust is going to fix them while they’re already kind of spoiled. So just raising your kids to be financially responsible and giving them the impetus to work, even if you do have the money to provide for them.”

The fees associated with running a trust, however, may be enough to put people off. A trust is considered separate legal entity and is taxed on its income annually and new legislation passed in this year’s federal budget means that by 2016, taxes on testamentary trusts will no longer be adjusted to the beneficiary’s income level and will be taxed at the top marginal rate, Maiorino says.

Corporate trusts also charge to manage the fund. And lawyer fees will always be an ever-present reality.