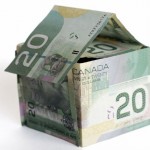 The share of respondents who think real-estate prices will increase over the next six months rose to 40.3 from 40.0 the previous week, reaching the highest level since March 2012

With the condo market in Canada growing rapidly and the square footage of each unit shrinking, is rental storage a solution for crowded living? Read on

The weekly sentiment measure increased to 59.3 in the period ended Dec. 6, up from 58.9 the week before. The index has climbed from 54.8 at the end of May and is approaching a one-year high of 59.8. The share of respondents who think real-estate prices will increase over the next six months rose to 40.3 from 40.0 the previous week, reaching the highest level since March 2012.

“Canadians are poised to finish 2013 with more buoyant consumer confidence which is more likely to be fuelled by increasingly positive views on the value of real estate,” said Nik Nanos, head of Ottawa-based Nanos Research Group.

Canada’s housing market remains strong even as policy makers take steps to cool growth. Canada Mortgage & Housing Corporation, a government-owned agency, said Nov. 29 the government will charge it a “risk fee” of 3.25% starting Jan. 1 on the mortgage insurance it writes.

The average sales price of a Canadian home rose 12.3% in November from a year earlier to $551,820, according to data compiled by Bloomberg from regional real estate boards.

Confidence in the first week of December increased across all age groups, according to the Nanos survey data, except for respondents between 40 and 49 years old. Sentiment improved in the Atlantic provinces, Quebec and British Columbia while declining in Ontario and the prairie provinces.

The Bank of Canada is weighing evidence of a sluggish economic recovery against concerns low interest rates may overheat the nation’s housing market.

Housing has been stronger than expected, central bank policy makers said Dec. 4 as they kept the benchmark lending rate at 1%, where it’s been for more than three years.

Governor Stephen Poloz said the risks of inflation staying below the central bank’s target “appear to be greater” in an economy that’s two years away from reaching full output.

“Gains in hourly wages and a modest acceleration in hiring likely bolstered Canadian consumer sentiment,” said Joseph Brusuelas, senior economist at Bloomberg LP in New York. “While the tone to Canadian macroeconomic data has turned somewhat positive, household imbalances and mild disinflation will continue to weigh heavily on policy makers at the Bank of Canada and consumers alike.”

The Nanos data are based on phone interviews with 1,000 people, using a four-week rolling average of 250 respondents. The results are accurate within 3.1 percentage points.

The share of Canadians who say they’re better off financially over the last year fell to 21.2 from 21.5% the previous week, while those who say the Canadian economy will improve in the next six months rose to 24.4% from 23.5%.

Canadian household credit grew at the slowest pace in 30 years in October as consumers seek to pare record debt levels. Total household credit expanded by 3.7% from the same month in 2012, according to the Bank of Canada’s household and business credit indicators report.

The proportion of respondents who say they feel their jobs are secure rose to 67.2 from 66.6 from the previous week, according to the Nanos report.