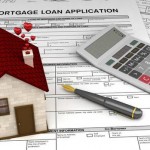 When you last shopped for a mortgage, did you consult with a credit union? If you’re like more than four out of five recent home buyers, you didn’t.

Most mortgage shoppers overlook credit unions (CUs) because they think the rates aren’t good enough, or CUs aren’t convenient enough, or that they’ll save more by consolidating banking at their bank. But credit unions are dead set on changing those perceptions, and they’re fuelling mortgage competition in the process.

We saw that competitive spirit in February when Meridian, the country’s fourth-largest credit union, became the first major financial institution in 2014 with a five-year fixed mortgage under 3 per cent. That first mover advantage paid off. “Our pipeline of mortgages is double what it was last year,” says Meridian chief member services officer Bill Whyte.

As we speak, the top 10 CUs are advertising five-year fixed rates that average 0.56 percentage points lower than the top 10 banks, according to RateSpy.com. That’s not including the profit sharing that some CUs pay mortgage customers. These “member dividends” can range up to $200-plus per year for every $100,000 of mortgage.

Like credit unions, banks are also recognizing that low rates can sell themselves. Bank of Montreal’s much-publicized 2.99-per-cent promotions helped make it No. 1 among big banks in mortgage market share growth since 2012. And now we’re seeing other banks jump on that bandwagon, including Bank of Nova Scotia and Toronto-Dominion Bank, which both ran sub-3 per cent five-year fixed specials this spring.

But credit unions are going a little further to win mortgage share, and people are taking notice. In 2013, CU mortgage portfolios grew 58 per cent faster than the overall market. And they show no signs of letting up.

CUs kicked their mortgage campaigns into high gear last summer. And the market share growth chart at the bottom of this column shows it. Credit union analyst David McVay, of McVay and Associates, attributes that growth spurt largely to credit unions’ “aggressive pricing.”

But low rates aren’t their only edge. CUs also pitch that they are member owned, not owned by outside investors. They don’t have to pay dividends to 3rd-party shareholders, which lets them work on smaller margins and/or pay dividends to their customers instead.

Regulation is also an advantage. “Being provincially regulated, we have more mortgage options available to our members than the big banks,” Meridian’s Mr. Whyte says, “… and we’re appropriately leveraging that, albeit not cutting any corners.”

Those mortgage “advantages” vary widely by credit union, but can include higher borrowing limits on a home equity line of credit, 35-year amortizations for those putting down 20 per cent or more, 100 per cent financing and easier qualification rules for conventional variable-rate mortgages and terms less than five years.

But if credit unions are so great, why do they have a piddly 8 to 13 per cent of mortgage market share, depending on whose statistics you believe?

Awareness is a major challenge. CUs don’t have $200-million to $300-million a year to spend on marketing like the banks do. “I would suggest we haven’t got our story out there about how co-operative banking is an alternative to the banks … and the fact that we can do almost everything the banks can do,” Mr. Whyte says.

To counter that, CUs are increasingly running high-profile rate specials, some of which are being picked up by the media. They’re also doing a lot of joint marketing. Last year, for example, a group of Ontario credit unions got together to promote co-operative banking. They’ve never done that before, Mr. Whyte says.

One area where banks outclass most credit unions is mortgage funding, an area where credit unions are clearly not created equal. However, the larger CUs – Vancouver City Savings Credit Union, Coast Capital, Servus and Meridian – can compete with the big banks through their access to millions of dollars of cheap deposits, their main source of mortgage funding.

After deposits, the next cheapest way to fund mortgages is securitization – i.e., packing mortgages and selling them to investors. And CUs are securitizing like never before. In Ontario, for example, CU mortgage securitization grew 36.2 per cent last quarter, dramatically faster than the industry.

Compared to the big boys, smaller credit unions don’t have as much low-cost capital, so they’re often not as competitive on rates. But even there you can find exceptions, like Toronto’s Slovenia Credit Union and its 2.89-per-cent five-year fixed.

The Internet is the great equalizer for micro-credit unions like Slovenia. Whenever they have excess deposits to lend out, they can cheaply advertise ultra-low rates online to thousands of potential customers. “The Internet will help [credit unions] level the playing field with the big banks,” Mr. Whyte adds.

The Internet also makes it easier to attract new customers. Meridian, for example, is launching a new website next month that lets people join the credit union online, instead of driving to a branch.

Despite their co-operative spirit, however, CUs have an uphill battle to steal share from the dominant banks. Banks are ubiquitous and perceived safe, so people park most of their accounts with them. Moreover, consumers’ preference for one-stop financial shopping gives banks an edge in the mortgage game.

But mortgages are a big deal to CUs too. They account for about half of their revenue and roughly 60 per cent of the loans they make. Furthermore, mortgages give them a chance to cross-sell things such as credit cards, GICs and RRSPs.

So despite being around for 113 years, this is only the beginning for Canadian credit unions in the mortgage market. They’re going to battle to the bone for your mortgage, and the competition they incite will benefit all borrowers.