Credit unions take on banks in mortgage wars with rates as low as 2.69%- consult with a Vancouver mortgage broker 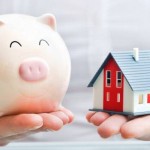 The latest salvo in mortgage rates wars among financial institutions appears to be coming from credit unions, free from federal regulation and ready to take on the banks.

The 29-year-old pension analyst is $130,000 away from paying off his $425,000 home in Toronto, without money from parents or the lotto
DUCA Credit Union six weeks ago quietly opened up “DUCA Brokers Services” which has been funding brokers with rates as low as 2.79% on a five-year fixed rate loan. Some brokers are even eating into their own commission to buy down that rate to 2.69%.

At 2.69% for five years, it undercuts the efforts of the banks to compete. Bank of Montreal kicked off a new round of competition earlier this year with a 2.99% five-year rate and Bank of Nova Scotia went slightly lower to 2.97% for the same term.

“This new channel seeks to partner with the broker community as a virtual extension of our branches,” said Richard Senechal, DUCA’s chief executive, in an email.

DUCA is also guaranteeing its rate discounting within broker contracts to counter mild rate fluctuations. Based on the five-year government of Canada bond which mortgage rates are priced off, Duca’s spread is an almost unheard of 115 basis points.

The credit union is also not using underwriters in its broker service network but instead provides that network with certain guidelines to meet, DUCA itself employs people for fraud and number checks.

Rob McLister, editor of Canadian Mortgage Trends, said the DUCA model “is to cut out all the fat” and push more of the work onto brokers.

Related
In Toronto’s housing market, ‘$2-million is the new $1-million’
Mortgage rates in Canada fall below 2% from lenders
Buy, rent, upsize or downsize in today’s housing market?
“Brokers are now widely posting below-market rates on mortgage comparison sites,” said Mr. McLister, who also runs the site http://www.ratespy.com. “Consumers increasingly see those hyper-competitive rates and ask their bank to match them. If their bank doesn’t match, more and more are taking their business to online brokers. Right now, online mortgage brokers are a speck of dust in terms of market share. But their impact on the market is disproportionately profound because lenders and consumers use their rates as benchmark.”

But they do have the advantage of not being regulated by the Office of the Superintendent of Financial Institutions which last year implemented strict guidelines for loans with less than 20% down that included rules on better loan documentation, income documentation and tighter debt services ratios.

Peter Routledge, an analyst with National Bank who follows the industry, noted credit unions with loans that require mortgage default insurance are still subject to federal guidelines because companies in that sector like Canada Mortgage and Housing Corp. are regulated by OSFI.

“For the last two years and maybe like the next year it may seem like credit unions are getting an easier ride,” said Mr. Routledge, adding credit unions must also meet federal guidelines for any loans they want to securitize which narrows any advantage.

Ryan McKinley, senior mortgage development manager with VanCity a British Columbia credit union, said the the gap between federal and provincial rules does allow credit unions to compete on some products the banks can’t provide.

“Credit unions can offer some products that federal institutions can’t offer,” said Mr. McKinley, pointing to deals that allow cash back for down payment and longer amortizations.

Another aspect of credit unions not available from banks is an ability to share in dividends which ultimately lower your effective mortgage rate because you are getting cash back. VanCity’s 3.04% current five-year mortgage could be lower depending on its financial success.

“It does factor into the pricing,” said Mr. McKinley.

Meanwhile, the other factor that just might take rates even lower could be yields falling in the bond market.

Benjamin Tal, deputy chief economist with CIBC, wouldn’t rules out the possibility that rates could go even lower.

“In the long term, they’ll go up but I think they could shrink even more for now,” said Mr. Tal.