Don’t get complacent about risks of housing downturn, OSFI warns lenders and insurers – Consult with a Vancouver Mortgage Broker 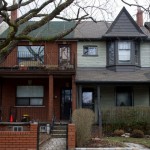 Canada’s top banking regulator is urging mortgage lenders and insurers not to grow complacent despite healthy bank capital levels and predictions of a soft landing in the housing market.

In a speech at a C.D. Howe Institute housing conference on Thursday, Mark Zelmer, deputy superintendent of the Office of the Superintendent of Financial Institutions, highlighted the continuing growth in household debt relative to income.

“I would not presume to claim that borrowers are acting irrationally or do not know what they are doing. But, by same token, it is clear that the ability of the household sector as a whole to absorb major shocks is less now than it was a decade ago,” Mr. Zelmer said in his prepared remarks.

“Moreover, with interest rates near record low levels, there is not much scope for interest rates in Canada or the United States to fall further – something that helped people weather storms in the past,” he said.

Mr. Zelmer said having well-capitalized lenders might not be enough in times of stress, noting that creditors and investors often lose confidence in financial institutions before they run out of capital.

Mr. Zelmer said stress tests, which so far indicate Canadian banks are prepared for a downturn, should not be viewed as overarching “safe harbours” because they are based on models and arbitrary assumptions.

“The results are … comforting. But given the considerable uncertainty associated with stress test results, they are but one input into our decision-making,” Mr. Zelmer said.

“Boards and senior management of financial institutions need to apply judgment in a forward-looking manner and not become too complacent in their capital planning exercises.”

While Canada’s recent housing activity has been far less troubled in recent years than in other markets such as the United States, Mr. Zelmer reminded his audience of the downturn experienced a couple of decades ago.

“Canada has not been immune from significant real estate corrections in the past and the damage they can inflict, as those of you who worked in the early 1980s and 1990s would know,” he said.

“We all have an interest in ensuring housing markets and the financial intermediation supporting them function smoothly.”

Mr. Zelmer noted that consumer debt relative to household income continues to grow at a rate of 4%. And while this is slower than in the past, he noted a small but important group of Canadians who are in a potentially difficult situation “camouflaged” by low interest rates. This group is taking on debt “to make ends meet in the wake of unfortunate life events such as job losses or marriage breakdowns,” he said.

This situation could prove especially tough if house prices don’t remain as strong as expected.

“We believe it makes sense to work with mortgage lenders and insurers to reduce the likelihood of serious problems in the first place by promoting strong governance and risk management controls around mortgage lending and insurance underwriting activities,” Mr. Zelmer said. “This is especially true given residential real estate lending represents more than 60 per cent of bank lending in Canada.”

In his speech, Mr. Zelmer said mortgage underwriting practices have evolved. And while they appear good today, he warned, “past experience suggests that it could become very tempting in the current environment for mortgage lenders and insurers to ease up under the enchanting lull of the siren song of market share.”