Downtown living, where properties are small, but convenient, seen as driving force in 2015 real estate 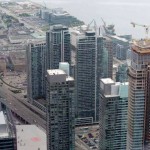 TORONTO — Homeowners who choose the convenience of city life over the more generous living space in suburbia are driving Canada’s real estate market, according to a new report jointly produced by consultancy PricewaterhouseCoopers and the non-profit Urban Land Institute.

Your dream home could become a nightmare if you’re not prepared. Here are 7 pitfalls to be aware of so that your purchase doesn’t come back to haunt you. Read on

The annual outlook on emerging real estate trends says the move downtown, which has emerged in the past few years, will continue as more Canadians decide to stay in or move back to urban cores.

Much of this is due to changing demographics as young families and millennials forgo the white picket fence and house in the suburbs to take advantage of downtown living, where properties are smaller but offer more conveniences, said the 112-page report released Tuesday.

According to Statistics Canada, the most recent numbers available show that the population of urban centres grew 7.1% between 2006 and 2011.

Frank Magliocco, Canadian real estate leader at PricewaterhouseCoopers, said there are a number of factors behind the urban growth, including that Canadians are more aware of the environmental costs associated with urban sprawl as well as the cost in time and money of lengthy commutes.

As well, provincial land use regulations that protect green spaces — for example Toronto’s Greenbelt involving about 800,000 hectares of protected land from Peterborough, Ont., to Niagara Falls, Ont. — have made it more difficult to find land to develop and has pushed an explosion of condominium growth in major cities.

But one of the concerns is what will happen to these urban properties once the younger generation grows out of them.

“This continuing urbanization trend has fuelled the condo boom in Toronto and other cities, but some question what will happen as the lifestyles of today’s young urban singles and couples change. Will they move out of the city core in search of larger homes, schools and services, or will they — like their counterparts in other parts of the world — simply adapt to smaller living spaces?” the report asks.

The rapidly growing condo markets in cities such as Toronto and Vancouver have also raised concerns about an oversupply of units and whether the boom is overly weighted towards wealthy, foreign investors who lease the units to others.

Meanwhile, an expected rise next year in interest rates from historically low levels may also influence demand in the housing market.

However, among the 1,400 people interviewed and surveyed for the report, which included private property investors and developers, commercial developers and real estate service firms, the consensus was that the Canadian market is strong enough to weather a bump in mortgage rates.

“The improvement in the U.S. economy indicates that higher rates could be coming, but the economic stability in Canada and the United States will continue to attract foreign capital,” said the report. “In addition, retiring baby boomers are likely to flood the market with private capital as they look to turn stock options and retirement packages into stable, income-generating assets.”

Overall, the report sees developers responding to the needs of downtown dwellers by building more mixed-used properties, which include residential and retail space.

“Looking ahead, we can expect to see more and more retail and services along the streets of Canada’s city cores and along major transit arteries, especially where new developments predominate. Major brands are likely to move into these new spaces, too — though with new formats and smaller footprints,” said the report.

The report also noted that Calgary, Edmonton and Vancouver, will see the most residential growth in 2015, a trend that has been helped by more jobs becoming available in the West than in Central Canada, while Calgary and the Greater Toronto Area will hold the most potential for retail growth.