ROBERT MCLISTER – Special to The Globe and Mail

A rate in the hand is worth two in the bush. 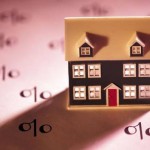 Many mortgage lenders want you to believe that rate certainty is worth paying a premium for. It is the justification, they say, for staying with them and renewing your mortgage early.

Early renewal features typically let you lock in a new rate two to four months ahead of when your mortgage is due to mature. Some lenders, like Bank of Nova Scotia, even let you renew up to six months in advance.

The question is, do early renewals save or cost home owners money?

“Unless the consumer believes that interest rates are going to move up significantly prior to their ability to lock in, I fail to see a reason to do an early renewal with their existing lender,” says mortgage broker Calum Ross.

By locking in earlier, you minimize risk of adverse rate movements. But in return, you pay a premium to the best available rates, and you’ll lose all benefit if rates drop before your term is up.

Not surprisingly, Canada’s big lenders are advocates of renewing your mortgage in advance. “We think it’s a good idea to have some room to manoeuvre [when locking in a renewal rate],” says David Stafford, Scotiabank’s managing director of real estate secured lending. Having more time to make a decision is especially important if you plan to renew with your current lender, as more than 90 per cent of customers do at Scotiabank.

Of course, the benefit of renewing early depends largely on the rate you’re offered. Right now, for example, you can find fully featured five-year fixed rates at 3.29 per cent or less. If your lender is letting you lock in 90 days early for 3.39 per cent – a mere 10 basis point premium – that’s worth considering (assuming a five-year fixed is the right term for you). This seems especially relevant today, given that fixed rates may climb if the U.S. Federal Reserve slows its bond buying (i.e. “tapers” its economic stimulus program).

On the other hand, if your lender were pitching a “one-time-only” opportunity to renew early at 3.59 per cent or more, that warrants more skepticism. A 0.30-percentage-point rate difference would tack on $3,500 of extra interest on a $250,000 five-year term. (Note: This 3.59-per-cent rate is an actual early renewal “special” currently being offered by at least one major bank.)

I use 0.30 of a percentage point in my example on purpose: That’s roughly how high today’s best fixed rates can increase until they’re equal to a good early renewal rate.

Either way, if lenders can get you to commit early, they will. By law, banks have to send you a renewal notice at least 21 days before the end of your existing term. But they’ll often contact you well in advance of that, which reduces the odds of you shopping around.

Positioning early renewals as a “convenience” or risk mitigator is a strategy that frequently pays off for lenders. According to the Canadian Association of Accredited Mortgage Professionals, almost four out of 10 people who renew with the same lender do so at the original rate proposed by that lender. In other words, they don’t negotiate.

To minimize rate risk, fixed-rate borrowers should seek at least a 90- to 120-day rate hold, either at their existing lender or elsewhere. If your current lender offers to hold a decent rate for you (without making you commit right then), that’s a “no brainer,” Mr. Ross says. Having a rate hold in your back pocket limits rate risk if you choose to wait until 30 days from maturity to renew. The market’s best rates are often 30-day “quick closes.”

“It is clear to me that consumers don’t do a good job at managing this part of their personal finances,” Mr. Ross adds, and that’s certainly true. If you want a great deal on your next mortgage renewal, one that could potentially save you thousands, remember that your lender’s first offer is seldom the best offer.

Robert McLister is the editor of CanadianMortgageTrends.com and a mortgage planner at VERICO intelliMortgage, a mortgage brokerage. You can also follow him on Twitter at @CdnMortgageNews.