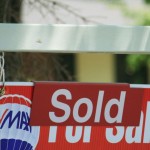 Record low interest rates have have forced Toronto-Dominion Bank to boost its forecast for the Canadian housing sector.

Economist Diana Petramala said in an economic report that TD’s forecast in January was banking on an increase in interest rates that has not materialized.

More strength may be bubbling under the surface

The demand for housing pushed May average resale price growth to 7.1% on a year over year basis which is well above income growth. The home price-to-income ratio is at a new high.

Now the economist is suggesting the housing market may have some more strength in 2014 although the general view is the market will cool over the medium term.

“More strength may be bubbling under the surface,” said Ms. Petramala, noting reports of bidding wars may point to very strong demand for single family homes.

On the condo side, lower interest rates combined with prices has made affordability of condos “more favourable” than ever. “First-time homebuyers who were pushed out of the market due to the past tightening in mortgage insurance regulations may find it easier to jump back in,” she wrote.

TD is forecasting that the “moderate” overpriced and overbuilt housing market will not be impacted until 2015 when interest rates start to rise. The bank is predicting condo prices will fall by 2% in 2015.

Ms. Petramala emphasized that housing will continue to be a regional story, even as it turns into a buyer’s market in 2015.

Victoria, Toronto and Victoria are “flagged” as markets more vulnerable to a cool down because of recent strength while Calgary and Edmonton are poised for continued expansion based on employment and populations.